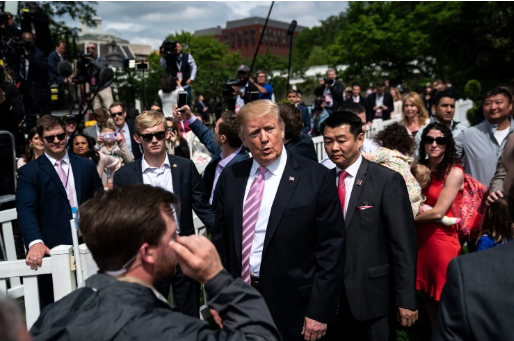 President Trump repeatedly tried to undermine the Russia investigation, but the special counsel overseeing the probe declined to say whether he broke the law — and the attorney general declared that he had committed no crime.

Trump’s campaign showed a willingness to work with a foreign power — something his personal lawyer now insists is perfectly okay.

And Trump has furiously rejected congressional scrutiny of his presidency — taking the unprecedented step Monday of suing a Democratic committee chairman to block a subpoena for his financial records.

Go ad-free!   About these ads
More news about Politics
https://www.washingtonpost.com/politics/constraints-on-presidency-being-redefined-in-trump-era-report-fallout-shows/2019/04/22/6ebed060-6510-11e9-a1b6-b29b90efa879_story.html

James Mattis Denounces President Trump, Describes Him as a Threat to the Constitution
ANALYSIS

In an extraordinary condemnation, the former defense secretary backs protesters and says the president is trying to turn Americans against one another....

Trump fires back at 'overrated' James Mattis: 'Glad he is gone!'

President Trump responded to criticism from former Defense Secretary James Mattis by calling him an “overrated” military leader whom he relished firing. “...