citizenship, US Census, Supreme Court
Save for Later
From The Center 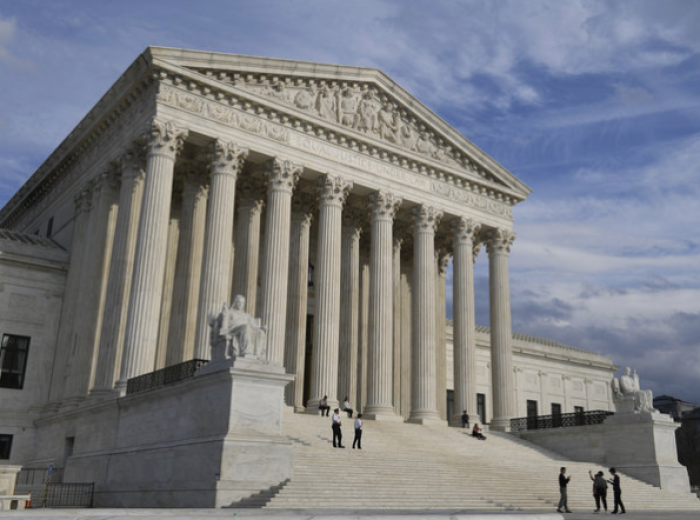 The U.S. Supreme Court is set to hear oral arguments Tuesday in a legal battle with lasting implications that could dramatically affect political representation and federal funding over the next decade. The justices are weighing whether to allow the Trump administration to add a question about U.S. citizenship status to forms for the upcoming 2020 census.

In multiple lawsuits brought by dozens of states, cities and other groups, three federal judges at U.S. district courts have issued rulings blocking the administration's plans for the question. It asks, "Is this person a citizen of the United States?"

All three judges — in New York, California and Maryland — ruled that Commerce Secretary Wilbur Ross' decision to include the question violated procedures for adding new census questions under administrative law. The judges in California and Maryland have also ruled that adding the question is unconstitutional because it hurts the government's ability to carry out the constitutional mandate for a once-a-decade head count of every person living in the U.S.

Population counts from the 2020 census will determine how many congressional seats and Electoral College votes each state gets for the next decade. The data also guide the distribution of an estimated $880 billion a year in federal funding for schools, roads and other public services.

"This is not benign information," says Hermann Habermann, a former deputy director at the Census Bureau. "People's lives are going to be affected by it."

The Trump administration has maintained that Ross, who oversees the Census Bureau, added the question to collect more detailed citizenship data to enforce part of the Voting Rights Act. The district court judges, however, have all concluded that was not the real reason for the administration's last-minute push for the question.