US arrests 'member of border militia' in New Mexico 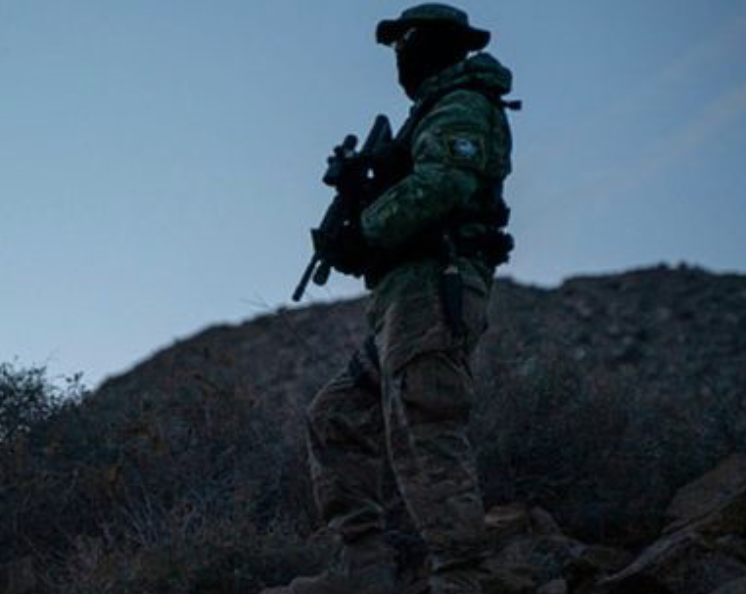 US authorities have arrested an alleged member of a militia that has been stopping migrants trying to cross the US-Mexico border.
Larry Mitchell Hopkins, 69, was detained in New Mexico as a felon in possession of a weapon.
It comes just days after a video emerged of militia members detaining dozens of migrants in the desert.
The group, United Constitutional Patriots, has been condemned by civil rights groups and local officials.

NEWS
With a distracted public, the Pentagon tries to get away with killing innocent civilians
The Intercept

The Pentagon has declassified three previously leaked top secret U.S. Navy videos that show "unexplained aerial phenomena" and that some believe could show...

Trump Says He Told Navy to ‘Shoot Down’ Iranian Boats

President Trump said on Wednesday that he has told the Navy to shoot down and destroy any Iranian fast boats that harass American naval ships, in what would be...

The Miner’s Canary: COVID-19 and the Rise of Non-Traditional Security Threats

President Trump said Wednesday that he has instructed the U.S. Navy to “shoot down and destroy” Iranian vessels that harass American ships at sea. “I have...

Land mines are back. Why the U.S. wants them in its arsenal again.

From Princess Diana to the 1997 Nobel Peace Prize and an international treaty, attention to land mines helped drastically reduce their use. The Trump...

A senior Pentagon policy official was asked to resign after losing the support of top national-security leadership, CNN first reported on Wednesday morning...

President Trump said Wednesday that he's instructed the U.S. Navy to "shoot down and destroy" any Iranian gunboats harassing American ships, in the wake of a...

President Trump said he is giving Washington state, California and New York “maximum flexibility” to use the National Guard as they see fit to combat the...

United States and coalition forces have launched retaliatory airstrikes against Iranian-backed militia groups in Iraq. The Friday strikes, which began at...

The Defense Department’s top policy official is leaving his post amid reports of a clash with the White House and members of President Trump’s national...