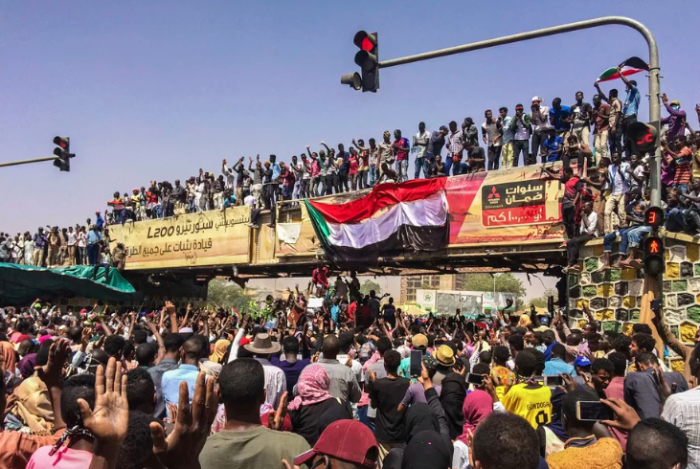 Omar al-Bashir, an accused war criminal, was arrested by the military on Thursday.

The Sudanese military has ousted president Omar al-Bashir in an apparent coup, following months of intense anti-government protests against the long-serving dictator.

Gen. Awad Ibn Auf, Sudan’s defense minister and former vice president, announced al-Bashir’s overthrow on Thursday, telling the country al-Bashir had been arrested and that his regime had been toppled.

Ibn Auf also declared that the constitution would be suspended and the military would take control during a two-year transition period. He announced a three-month...