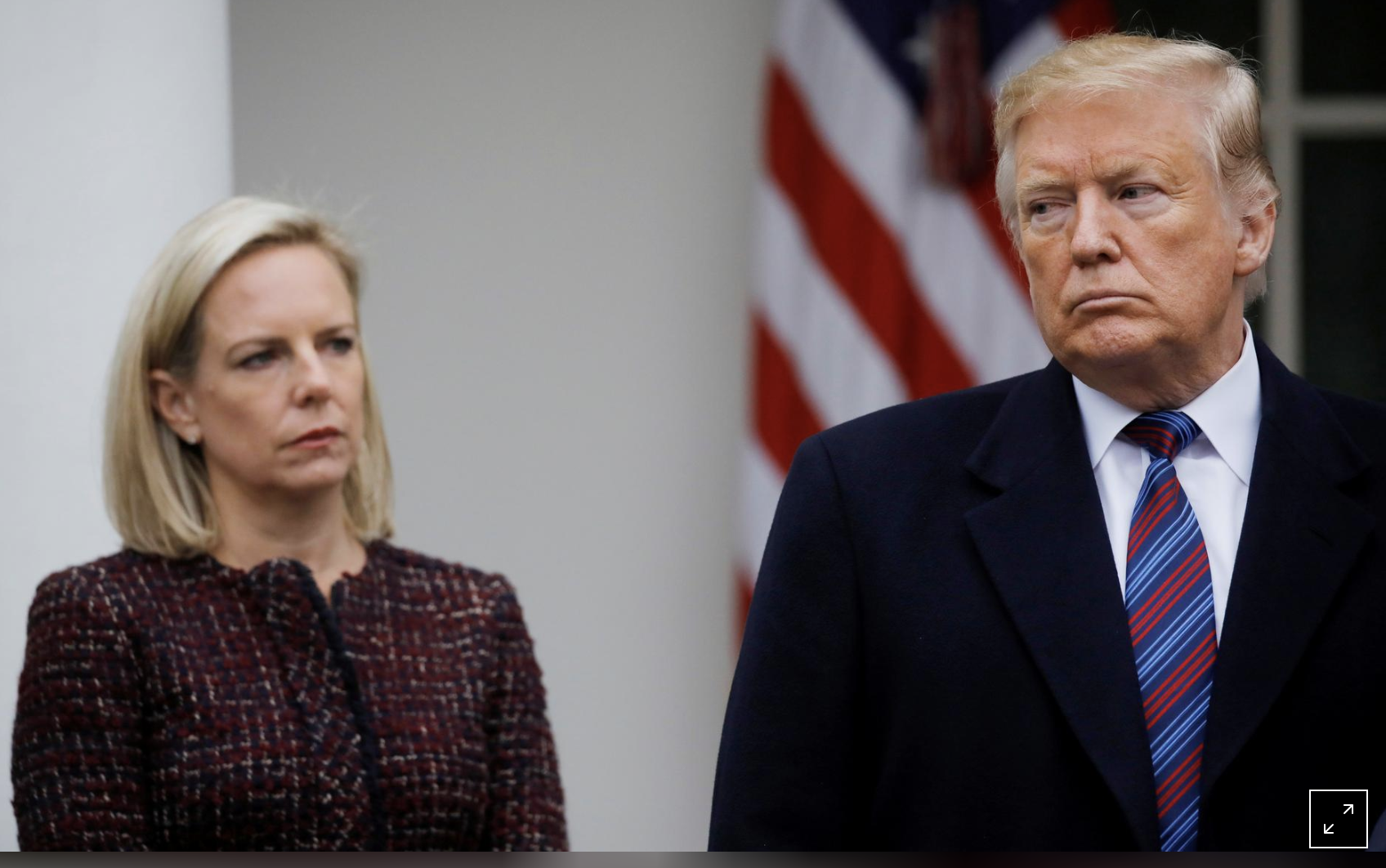 It has been 10 months since unsealed federal court documents revealed that U.S. immigration officials created a fake university to lure foreign-born college...

DHS in a ‘Mad Scramble’ to Catch Up With Domestic Terror

It wasn’t that long ago that senior Department of Homeland Security officials shied away from focusing on domestic terrorism, often fearing political backlash...

An attempt by President Trump’s senior adviser Stephen Miller to engineer a new shake-up at the Department of Homeland Security was blocked this week by Kevin...

Even GOP allies of the president are distressed by the chaos unleashed on federal immigration policy. President Donald Trump’s congressional allies are...

President Trump often demands legally dubious solutions to complex problems. When he’s denied, he blames others — including his own staff. That’s really the...

WASHINGTON—The Trump administration plans to add seven countries to a group of nations subject to travel restrictions, including Nigeria, Africa’s most...

DETROIT – About 90 additional foreign students at a fake university in metro Detroit created by the Department of Homeland Security have been arrested in...

Sen. Jacky Rosen (D-Nev.) and Rep. Salud Carbajal (D-Calif.) sent a letter Thursday to leaders of the Department of Homeland Security (DHS) and the Department...

Former Secretary of State Hillary Clinton on Monday said that the Trump administration's treatment of migrants will remain unchanged despite Kirstjen Nielsen's...

The fake University of Farmington, set up by the Department of Homeland Security, that resulted in the arrest of 250 foreign students this year and prompted...

CORPUS CHRISTI, Texas — Smugglers flying small cocaine-packed airplanes toward the United States from South and Central America might make it to Mexico...

The footage was taken by employees of GEO Group, the private contractor that runs the Tacoma, Washington, detention facility for U.S. Immigration and Customs...

Acting Homeland Security Secretary Kevin McAleenan said Thursday that “100%” of illegal immigrant families in the new border surge are being released into...