'One of New Zealand's Darkest Days': 49 Muslims Massacred at Mosques by Anti-Immigrant Attackers 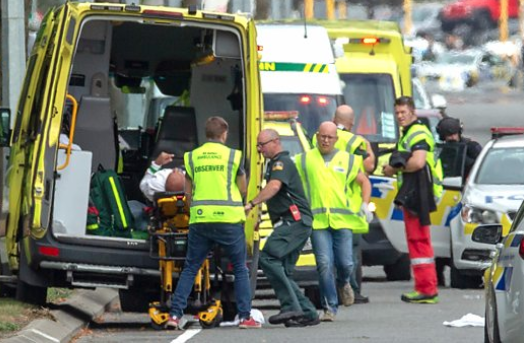 New Zealanders are trying to come to grips with the worst massacre in their nation outside of wartime in more than 200 years. At least 49 people were killed in attacks against two mosques, and dozens of others were wounded.

The attackers struck during Friday prayers when the mosques were full of worshippers.

Witnesses saw a man dressed in black enter a mosque in central Christchurch at about 1:45 p.m, then heard dozens of shots. As people fled the mosque, witnesses reported seeing "dead people everywhere."

Go ad-free!   About these ads
More news about Terrorism
http://www1.cbn.com/cbnnews/cwn/2019/march/one-of-new-zealands-darkest-days-49-muslims-massacred-at-mosques-by-anti-immigrant-attackers