OPINION: Waging War against the Dead 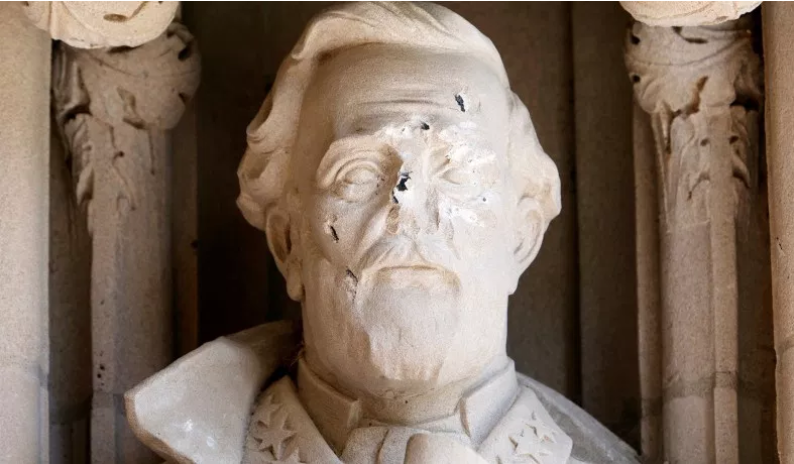 Destroying history will not make you feel good about the present.

The 21st century is in danger of becoming an era of statue smashing and historical erasure. Not since the iconoclasts of the Byzantine Empire or the epidemic of statue destruction during the French Revolution has the world seen anything like the current war on the past.

In 2001, the primeval Taliban blew up two ancient Buddha statues in Afghanistan on grounds that their very existence was sacrilegious to Islam.

NEWS
Will work from home be permanent?
Yahoo! The 360

NEWS
The Prophecies of Q
The Atlantic

Go ad-free!   About these ads
More news about Culture
https://www.nationalreview.com/2019/03/destroying-history-confederate-statues-christopher-columbus/

The Prophecies of Q
ANALYSIS

the origins of QAnon are recent, but even so, separating myth from reality can be hard. One place to begin is with Edgar Maddison Welch, a deeply religious...

After The Coronavirus Passes, Your World Will Not Go Back To Normal
ANALYSIS

I ruined the mood in a family group chat last week. Someone shared a meme that read, “This #Coronavirus is turning me into a democrat. I’m staying at home, not...

We’re Not Wired to Be This Alone
OPINION

When the lockdown began — the orders to avoid travel, to avoid friends, to “shelter in place,” to shrink our worlds to the slightest physical dimensions...

Two kindergartners in Utah told a Latino boy that President Trump would send him back to Mexico, and teenagers in Maine sneered "Ban Muslims" at a classmate...

What is up with that tan line photo of Trump?
ANALYSIS

Will work from home be permanent?

What’s happening: The coronavirus pandemic forced millions of U.S. workers to abruptly transition from office life to working from home. With no end to the...

How coronavirus will change US

As America continues to fight the coronavirus it seems increasingly likely that when we look back, the pandemic of 2020 will be a time when the world changed...

The pandemic lockdown is depriving teenagers of their social groups and casting a shadow over their college and job futures. How can parents help teens cope...

Isabella Flood Wallin, a sophomore in the suburbs of Seattle, misses her freedom. She’d take a bus to school and use it to move freely around the city,...

This Abridge News topic aggregates four unique arguments on different sides of the debate. Here are the quick facts to get you started: THE QUICK FACTS Amid...

It seems to me Republicans are somewhat lost. And that may be, in part, because they are not exactly sure where they want to go. They do not think clearly...

COVID-19 Conspiracists and Their Discontents
OPINION

One reason why it’s surprisingly difficult to disprove many conspiracy theories is that they typically contain a real germ of truth, however small. In some...

The Age of Coddling Is Over
OPINION

Learning what hardship has to teach us. Over the past decades, a tide of “safetyism” has crept over American society. As Greg Lukianoff and Jonathan Haidt...

I have spent most of the past three weeks underground. Fortunately, that is not because I am a sick man (at least not from the coronavirus), or a spiteful...