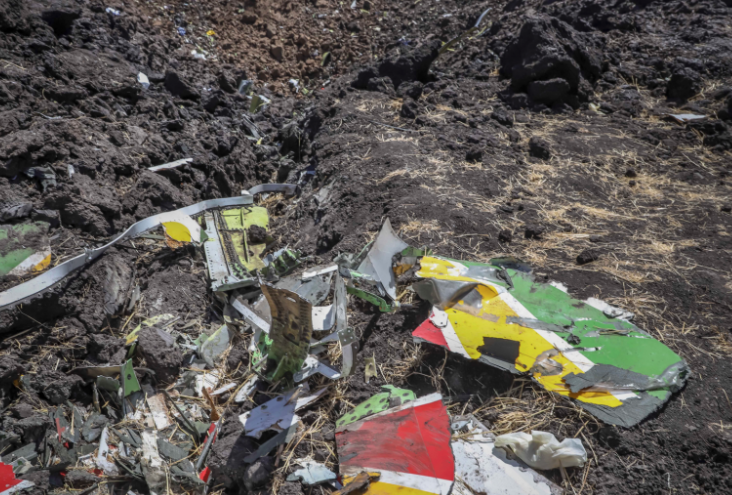 China's civilian aviation authority has ordered all Chinese airlines to temporarily ground their Boeing 737 Max 8 planes after one of the aircraft crashed in Ethiopia.

The Civil Aviation Administration of China said the order is to take effect by 6 p.m. Monday.

It said the order was taken out of safety concerns because the Ethiopian crash was the second in similar circumstances since an Indonesian crash in October also killed everyone aboard.

It said further notice would be issued after consultation with the U.S. Federal Aviation Administration and Boeing...

Boeing ended the year with negative commercial airplane orders for the first time in decades, CNBC reports. At the end of 2019, the aerospace giant lost orders...

Boeing suspended production of its troubled 737 Max airplanes Monday, a halt that likely will escalate the financial troubles of the U.S.' largest...

(CNN)The US announced major new restrictions on US citizens traveling to Cuba on Tuesday, blocking the most common way Americans are able to visit the island...

The aircraft manufacturer Boeing faces further questions over the safety of its 737 Max 8 jet as Ethiopian Airlines joined carriers in China and elsewhere in...

Chao has met at least 10 times with politicians and business leaders from the state in response to requests from McConnell’s office.

A new batch of Boeing internal documents related to the 737 Max jetliner paint "a very disturbing picture" regarding employees' concerns about safety, a House...

Boeing has fired CEO Dennis Muilenburg and said Monday it replaced him with the company’s chairman as the manufacturer struggles to regain the trust of...

Uber CEO Dara Khosrowshahi says the first AVs could be deployed on the ride-hailing network within three to five years, but other companies will bear the cost...

The Federal Aviation Administration said Boeing withheld “concerning” messages from 2016 between employees about a flight-control system implicated in two...

Riders blasted Lyft and Uber when surge pricing shot above $100 during a deadly shooting that erupted in downtown Seattle on Wednesday, sending people...

Hot shots can fly into Davos with sustainable fuel, but here’s why it’s so infrequently used

Zurich Airport, near the World Economic Forum in Davos, on Monday touted the fact that a business aircraft used a blend of sustainable and conventional fuel...

Last month, the Los Angeles Times reported that the Metro system “is hemorrhaging bus riders.” The news was presented as, if not a crisis, at least an urgent...

Trump bans U.S. cruise ships from Cuba in dramatic escalation of travel restrictions after tens of...

The Trump administration on Tuesday ended the most popular forms of U.S. travel to Cuba, banning cruise ships and a heavily used category of educational travel...