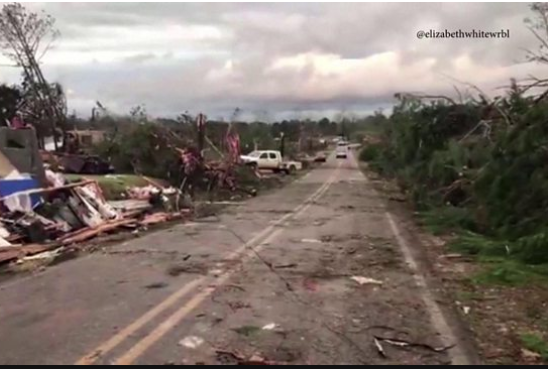 At least 23 people are known to have died in Lee County, some of them children, with the youngest believed to have been six years old.

There are fears that the death toll will rise. Dozens of people were hurt.

The sheriff of Lee County, Jay Jones, told local media that the devastation caused by the winds was "incredible".

He said: "It looks like someone has taken a giant...