North Korea, Nuclear Arms, World
Save for Later
From The Center 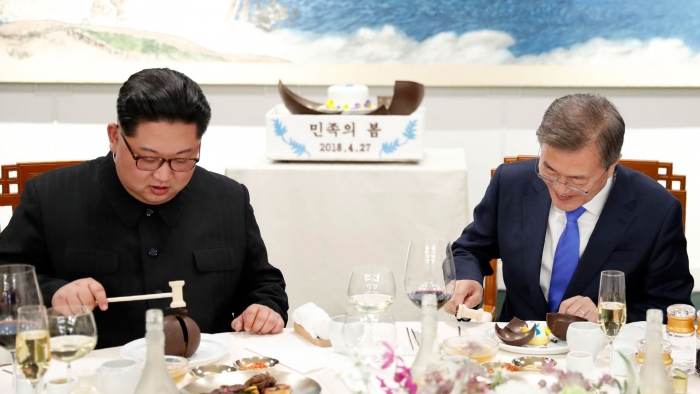 "North Korea’s leader, Kim Jong-un, told President Moon Jae-in of South Korea when they met that he would abandon his nuclear weapons if the United States would agree to formally end the Korean War and promise that it would not invade his country, a South Korean government spokesman said," reports the N.Y. Times.