2017: The Year the News Media Went to War Against a President 439 Shares 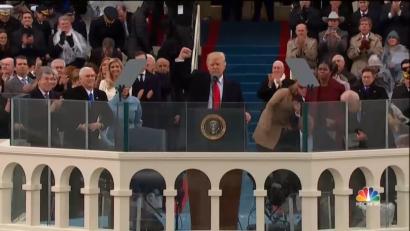 The first year of the Trump administration was as turbulent for the news media as it was for politics, with many journalists dropping any pretense of professionalism to become strident opponents of the President. As a proxy for the larger establishment media, the Media Research Center analyzed every moment of coverage of President Trump last year on the ABC, CBS and NBC evening newscasts, usually seen by more than 25 million people each night. The major findings: