TRUMP’S COLD WAR WITH THE C.I.A. COULD DERAIL THE IRAN DEAL

CIA, Donald Trump, Defense And Security
Save for Later
From The Left 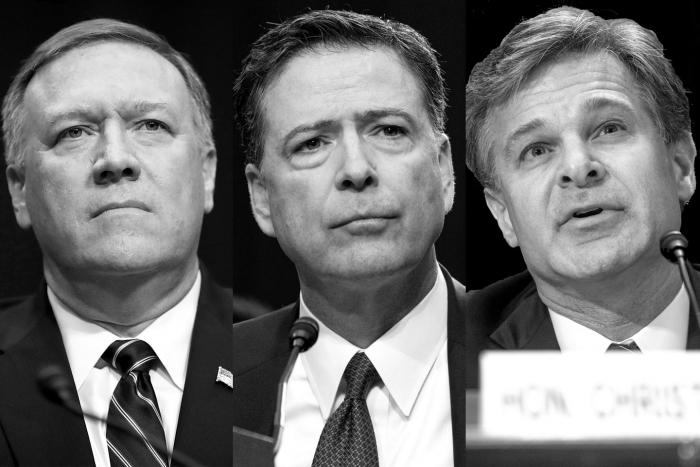 The detailed briefing this past spring by Central Intelligence Agency analysts came to a clear conclusion: Iran appeared to be complying with the terms of the 2015 deal negotiated by the Obama administration, making it significantly harder for the country to build a nuclear bomb. The International Atomic Energy Agency, which does independent monitoring, had arrived at the same assessment.

Read full story
Some content from this outlet may be limited or behind a paywall.
CIA, Donald Trump, Defense And Security

Biden: If Using Force on Iran Is the Last Resort, 'I Will Use It'
Newsmax (News)