North Korea, Nuclear weapons, missile strike, Missile
Save for Later
From The Right 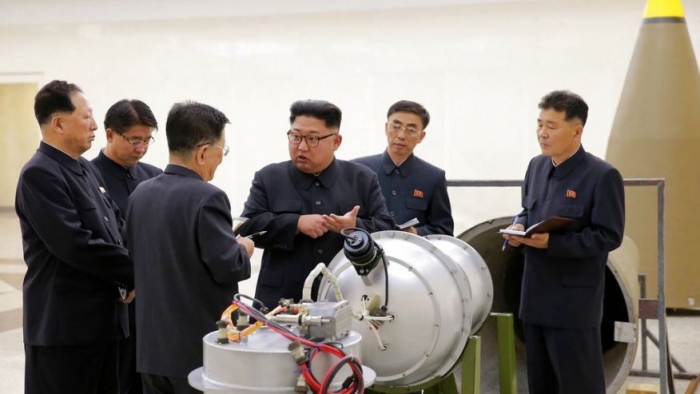 When any missile is launched around the world, it produces a plume and heat signature that is quickly picked up by U.S. military spy satellites. Almost immediately the information is transferred to the North American Aerospace Defense Command, better known as NORAD, as well as the U.S. Strategic Command, which controls the military’s nuclear forces.

More News about North Korea from the Left, Center and Right

News
He Sends Up Balloons, and North Korea Wants Him Dead
Foreign Policy

News
'We can and must do better': U.S. Forces Korea leads fight against racism in the ranks
Washington Times

News
Where to Now for the Trump Administration’s North Korea Policy?
National Review

News
Trump Goes to North Korea
The Flip Side

News
Tensions Flare With North Korea
The Flip Side