Racism, Charlottesville, Donald Trump, Polarization
Save for Later
From The Left 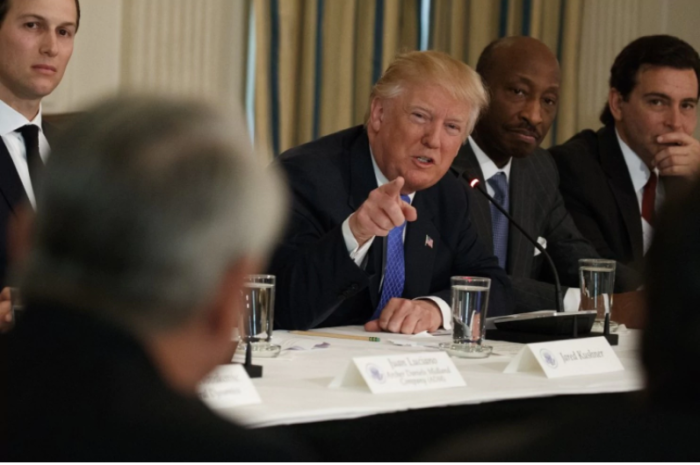 The chief executive of Merck said Monday in a tweet that he was resigning from President Trump's American Manufacturing Council, saying he was doing so “as CEO of Merck and as a matter of personal conscience” and that “America's leaders must honor our fundamental values by clearly rejecting expressions of hatred, bigotry and group supremacy, which run counter to the American ideal that all people are created equal.”

Read full story
Some content from this outlet may be limited or behind a paywall.
Racism, Charlottesville, Donald Trump, Polarization