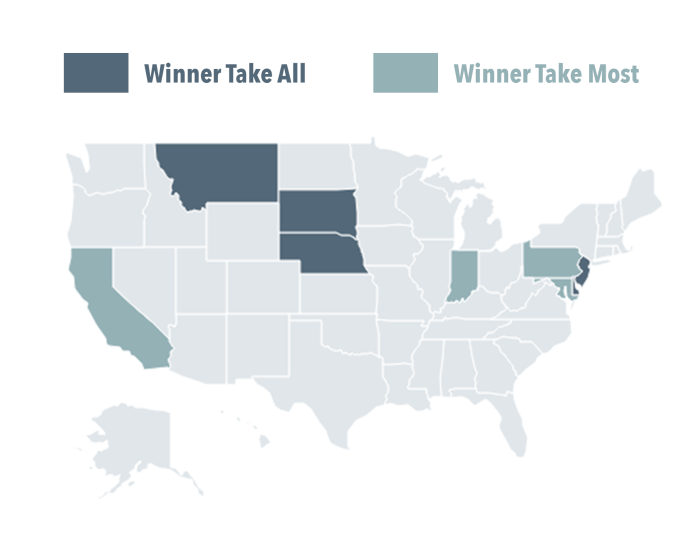 Despite all the noise from both sides of the debate, when you run the numbers, it turns out that Donald Trump could win the nomination on the first ballot precisely because of the GOP’s delegate rules. Ted Cruz also benefits, but not until later ballots. The losers? John Kasich and all the other candidates, and their supporters.

The Supreme Court wrestled Tuesday with the legality of two election rules from the battleground state of Arizona — one involving the return of absentee...

Voting rights: How the battle is unfolding across the US

The battle over voting rights in the US is a drama that's playing out concurrently in the Congress and state legislatures across the country. On one side...

Most preelection polls in 2020 overstated Joe Biden’s lead over Donald Trump in the national vote for president, and in some states incorrectly indicated that...

Democrats are great at naming bills the reverse of what they really do. Pretty much anything they say, know they are actively working toward the opposite and...

After an election marked by significant voting irregularities and numerous instances of officials setting aside state election law, I share the concerns of...