Faith And Religion, Religion, Pope Francis, Europe, Migrant, Religion And Faith
Save for Later
From The Left 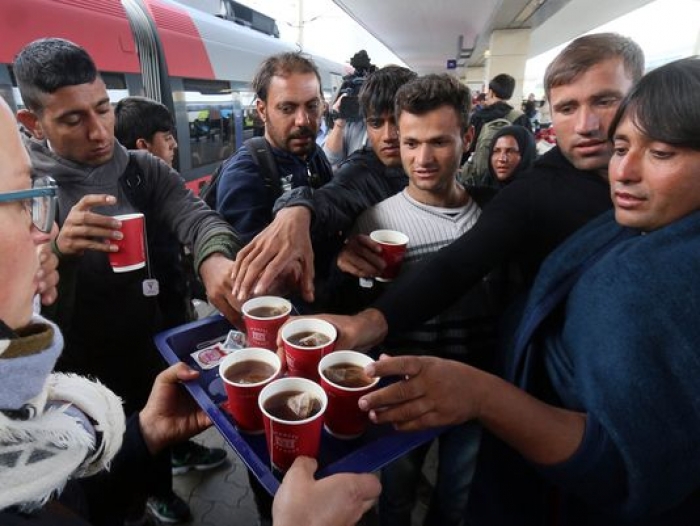 Pope Francis called on religious communities and Catholic parishes across Europe on Sunday to take on the crush of migrants that have been pouring into the continent recently.

The pope’s plea comes as thousands more refugees from war-torn countries such as Syria and Afghanistan were expected to arrive in Austria and Germany on Sunday. The migrants were traveling from Hungary where they had been stranded for days as European leaders debate how to best handle the surge.

On Saturday, about 7,000 people crossed the bor

Read full story
Some content from this outlet may be limited or behind a paywall.
Faith And Religion, Religion, Pope Francis, Europe, Migrant, Religion And Faith

Psychedelic churches in US pushing boundaries of religion
Associated Press

News
Thousands flock to the Vatican for the funeral of Benedict XVI, the conservative pope who dared to resign
NBC News (Online)

News
Nothing is impossible for God, not even peace in Ukraine, pope says
Catholic News Service

Opinion
Who's More Irrational -- The Religious or the Irreligious?
Dennis Prager

News
There have been 275 attacks on Catholic churches since May 2020: Report
The Blaze