NBC & CBS Use Trump to Predict Trouble for GOP

Election 2016: Presidential, NBC, CBS, GOP, Media Bias
Save for Later
From The Right 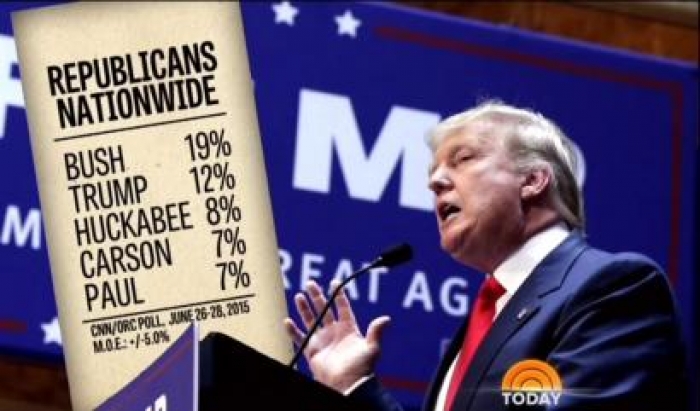 On Thursday, both NBC’s Today and CBS This Morning saw Donald Trump’s presidential bid spelling disaster for the Republican Party in 2016. On Today, correspondent Peter Alexander touted how the “controversy” surrounding Trump’s anti-illegal immigration comments had “proven to be some pretty good politics among some Republicans,” with Trump having “jumped to second place among Republicans in a recent national poll.”