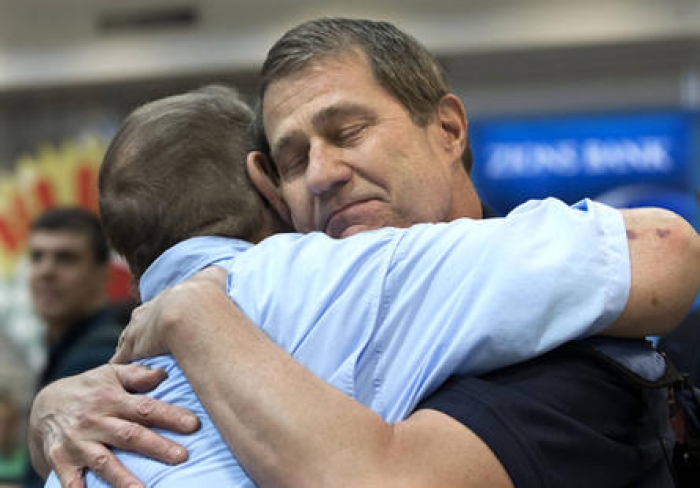 One day about five months ago, 80-year-old Dennis Fay received a telephone call from a man in Chicago that started like this:

"Hello, is this Dennis? I think I might be your son."

Fay didn't believe him. He thought it was some kind of scam on an old man.

But the more the man talked, the more he made sense. They spoke for a long time that day and then repeatedly after that. A DNA test a couple of months later showed that he is Michael Reed's...

Why a generation is choosing to be child-free

When I think that it won’t hurt too much, I imagine the children I will not have. Would they be more like me or my partner? Would they have inherited my thatch...

The city of Somerville, Massachusetts, has passed an ordinance making it one of the first cities in the nation to officially recognize polyamorous...

WASHINGTON — President Trump today signed an executive order related to the child welfare system. The order authorizes funding for the Department of Health and...

How to help your marriage survive coronavirus

Everyone’s living situation is challenging right now. People who are socially isolating alone are feeling, well, isolated. Roommates, in addition to the...

Coronavirus Is Making More People Want to Give Birth at Home

Kara is 39 and a half weeks pregnant—and suddenly she’s rethinking her entire birth plan. She always planned on delivering her baby at the hospital, as she’...

Parenting Children in the Age of Screens

Parenting has never been easy. But the widespread adoption of smartphones and the rise of social media has introduced a new wrinkle to the challenges of...

The world is ill-prepared for the global crash in children being born which is set to have a "jaw-dropping" impact on societies, say researchers. Falling...

She Said Her Husband Hit Her. She Lost Custody of Their Kids

Tara Coronado, a 45-year-old mother of four, sat in a nondescript Austin courtroom six years ago during a custody fight with her ex-husband, biting her tongue...

Last year, I met with a group of students who had endured the foster-care system. Anthony was moved from foster home to foster home for 18 years — his entire...

She called me from a one-bedroom apartment two weeks ago, her voice quiet and shaky. “I just cannot take one more minute with him,” she said. “I have to get...

Here's something you might not have heard of: post-traumatic growth. I promise I didn't invent it just to cheer anybody up. But I hope it does cheer you up,...

On breastfeeding, personal choice and the disastrous politics of Mike Bloomberg
OPINION

He may have hoped his billions would speak louder than his baggage, but Michael Bloomberg has experienced a cavalcade of bad press over the past two weeks that...

The Nuclear Family Was a Mistake
OPINION

The scene is one many of us have somewhere in our family history: Dozens of people celebrating Thanksgiving or some other holiday around a makeshift stretch of...