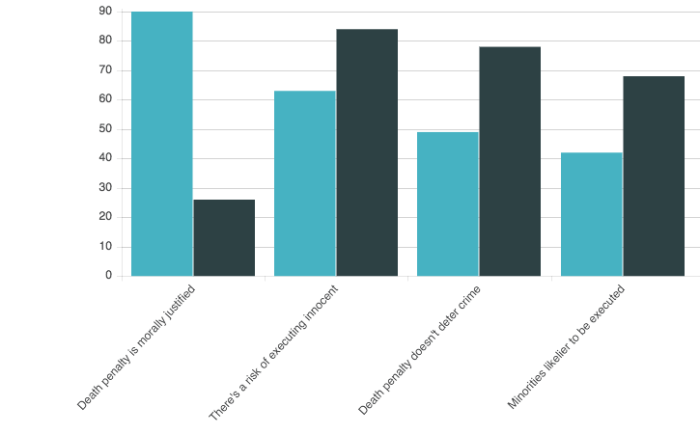 Most supporters of the death penalty agree with one of the major arguments against it, according to a new survey by the Pew Research Center.

The survey of 1,500 US adults, conducted in March, found nearly two-thirds of Americans who favor the death penalty agree there's a risk it will kill innocent people — one of the major reasons some Americans oppose capital punishment.

AllSides Media Bias Rating: Left
You disagree.
Thank you! Community votes alone don't determine our ratings, but are valuable feedback and can prompt us to do more research.
106653/84280