Faith And Religion, Religion, Pope, Pope Francis, Iran
Save for Later
From The Left 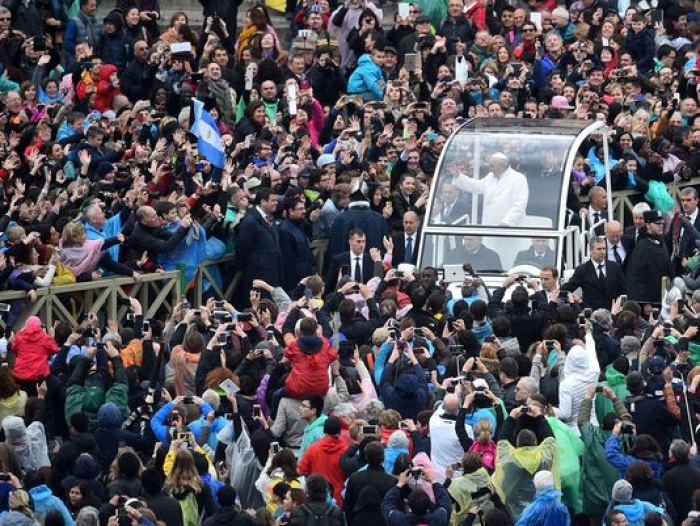 Tens of thousands gathered in St. Peter's Square for Easter Mass in a cold, pouring rain Sunday to hear Pope Francis call for an end to global violence and the persecution of Christians by extremist groups.

Francis also expressed support for the Iran nuclear deal reached in Lausanne, Switzerland, saying he hoped it would be "a definitive step toward a more secure and fraternal world."

Read full story
Some content from this outlet may be limited or behind a paywall.
Faith And Religion, Religion, Pope, Pope Francis, Iran

What Could the Pope's Comments Mean for Laws on LGBTQ Issues?
Go ad-free! Support AllSides.
About these ads
http://www.usatoday.com/story/news/world/2015/04/05/christians-celebrate-easter/25324249/