Why Utah is bringing back the firing squad for executions 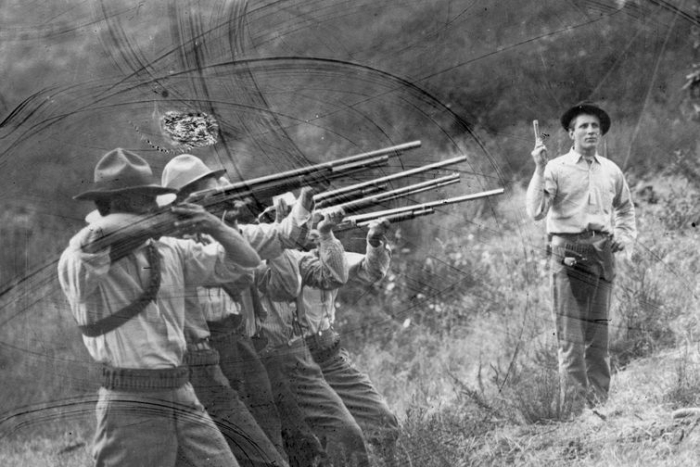 The future of executions in Utah may not be lethal injections, but rather five professional shooters firing at a prisoner's heart.

On Monday, Utah became one of the few states to allow firing squads for executions after Gov. Gary Herbert signed a law approving this controversial method as a backup if the state can't restock its depleted supply of lethal injection drugs.

During a firing-squad execution, a prisoner is seated in a chair that's stacked with sandbags to prevent bullets from ricocheting, according to the Associated Press. Five shooters, picked from a pool of trained volu