What we learned from CPAC 2015

Republican Party, GOP, CPAC, Politics
Save for Later
From The Left 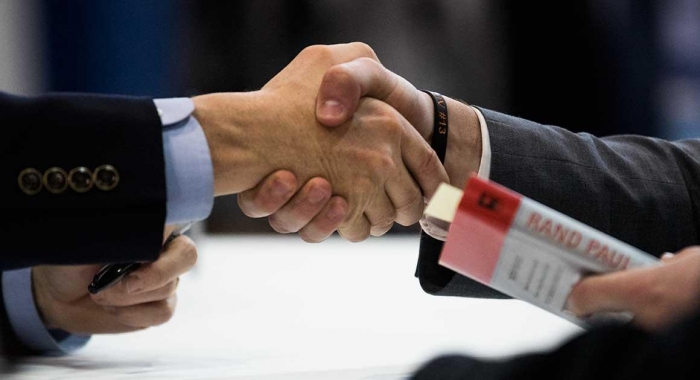 Rand Paul won the straw poll. Jeb Bush got booed. Hillary Clinton, and the media, were bashed to no end.
Those were the headlines from this week’s Conservative Political Action Conference, a celebration for the GOP’s activist set and one of the first major Republican cattle calls of the 2016 presidential race. Beneath the surface, though, the confab revealed much about the contours of the emerging primary fight.
Story Continued Below
Bush showed he has a template for defending himself from attacks that he’s too moderate. Chris...

News and Information about Politics
Go ad-free! Support AllSides.
About these ads
http://www.politico.com/story/2015/02/what-we-learned-from-cpac-2015-115623.html