Politics
Save for Later
From The Left 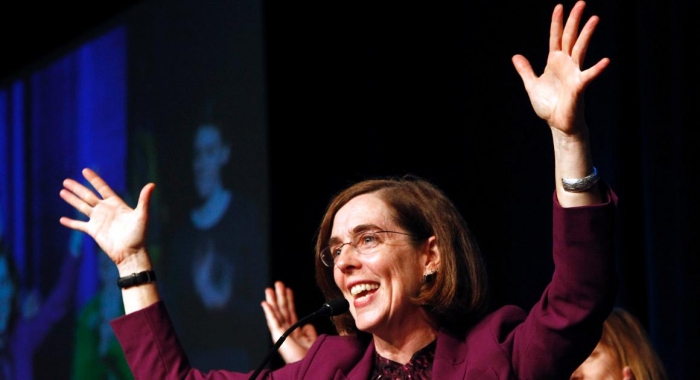 When Kate Brown is sworn in as Oregon’s new governor next week, she’ll be making considerable history, becoming the first openly bisexual governor in the U.S. and only the second woman to lead the state
It’s a profile that is likely appealing to national Democrats, who count only two other women among their 18 sitting governors. And Oregon political experts on both sides of the aisle, as well as he