Think you know how bad poverty is in your state? Think again.

Welfare, Poverty, Economy & Jobs, Economy And Jobs
Save for Later
From The Left 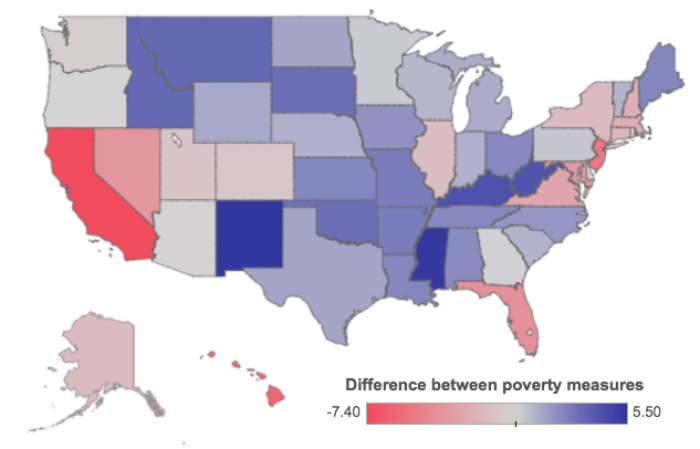 Maybe poverty in your state isn't as bad as you think.

An in-depth new interactive from Jake Grovum, a reporter at Pew's Stateline project, illustrates just how much the safety net brings down the poverty rate. His interactive project has a whole series of maps and charts that show the difference between the Census' official poverty rate — the one you hear announced once a year in September — and the Census' supplemental poverty rate — a less-touted figure that is released a couple of months later.