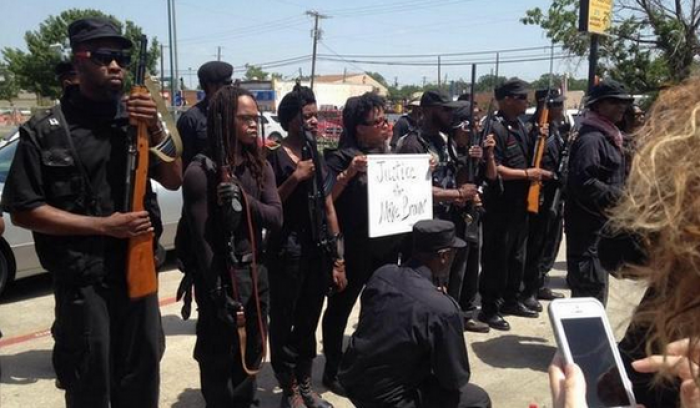 Black gun-rights activists in Texas protested police brutality Wednesday by exercising their rights to openly carry firearms through the streets of South Dallas.

Dozens of members of the newly-formed Huey P. Newton Gun Club, named after the co-founder of the Black Panther Party, marched with rifles, shotguns and AR-15s down MLK Boulevard. They wound up at a restaurant where police officers were eating lunch, Reason magazine reported.

Read full story
Some content from this outlet may be limited or behind a paywall.
Open Carry, Race, Police Brutality, Dallas, Gun Control And Gun Rights