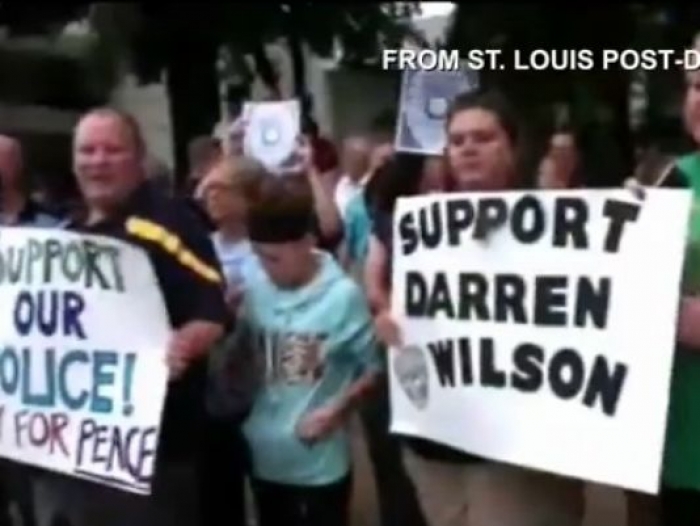 Two Facebook groups, both supporting Wilson, have appeared. Between them, they had more than 36,500 "Likes" as of early Tuesday. Supporters also created a GoFundMe.com group aimed at raising

NEWS
Violence is up in America. What does it mean?
Urban Institute

The New York Police Department (NYPD) confirmed late Tuesday that officers arrested a protester and placed her in an unmarked van after videos of the episode...

Portland Mayor Ted Wheeler Thursday evening condemned the actions of rioters who attempted to set fire to a police precinct and blocked the exits while...

Portland recorded 15 murders in July — the most homicides in one month in more than three decades, according to a new report. The spate in killings comes as...