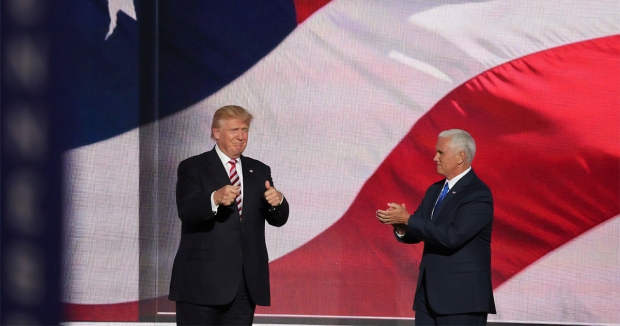 Argument 1: "Donald Trump is the most unpopular president in modern history. The devastating impact of the COVID-19 pandemic and the subsequent collapse of the nation’s economy will clearly doom his chances for re-election. There’s no possible way he can win in November."

Argument 2: "Donald Trump has the most loyal and motivated base of support of any president in modern history. The pre-pandemic strength of the nation’s economy and the strong likelihood of recovery put him in a commanding position for re-election. There’s no possible way he can lose in November."

So which is it? Almost six months before Election Day, in the middle of an unprecedented health emergency that is distracting the American people from a presidential race that would be dominating their attention under any other circumstances, there is no possible way to predict a likely outcome. But that doesn’t mean that there aren’t a few key things to watch.

1. Older voters – Americans age 60 and older are the most reliable Republican voting bloc. But given their vulnerability to the coronavirus and their disapproval of the way Trump has handled the crisis, they are currently leaning toward Biden. An easing of the pandemic may allow Trump to win some of them back, but a resurgence in the fall could lock them in for the Democrats.

2. Progressive Democrats – Most minority voters, young people and Sanders supporters wouldn’t vote for Trump with a gun to their head and a knife to their throat. But they’re not that excited about Biden. Hillary Clinton lost four years ago because many of these voters stayed home. Biden needs to find a way to get them more motivated or he will suffer the same fate.

3. The white working class – These are the voters who helped Trump win the Rust Belt in 2016. But they’re getting walloped by the Covid recession and it looks like rural and small town America may be the next target of the virus itself. Trump knows that these people need to get back to work, which is why he’s pushing so hard for the re-opening. But if opening up too quickly leads to another outbreak, it’s hard to see how he wins.

Almost every election is a referendum on the incumbent. But Trump is working overtime to frame Biden as an unacceptable choice. Voters who disliked both candidates in 2016 supported Trump by a wide margin. This year, those “double-negative” voters are leaning heavily toward Biden. Trump loses an up-or-down vote, so his best chance is to make Biden an unacceptable alternative.

Want to talk about this topic more? Join Dan for his weekly webinar “Politics In The Time of Corinavirus”on Thursday mornings at 11 AM PST. You can register for it here.