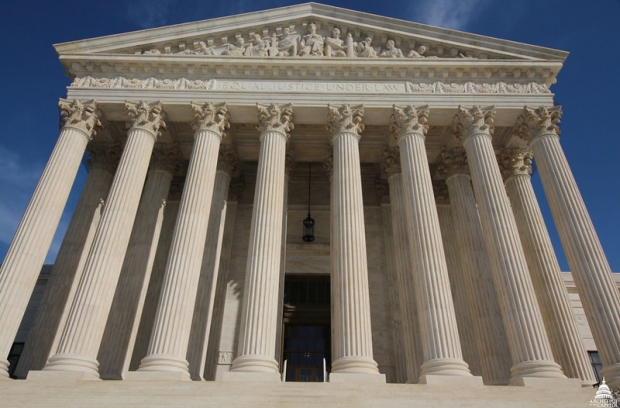 Only a couple of weeks before the midterm elections, as Republicans seem to have re-seized the momentum with a double-barreled assault on inflation and crime issues, the temptation is to dig deeply into the key congressional races that will determine the majorities on Capitol Hill next year.

Which campaigns are getting last-minute funding? Which candidates are running to Trump and Biden or away from them? Which voters are motivated, and who is staying home? What about the ads, the debates, and all the other noise to navigate between now and Election Day?

But sometimes the loudest arguments aren’t the most important ones, and as critical as the fight for control of Congress will be, the likelihood of a closely-divided and deeply polarized Washington accomplishing very much over the next couple of years is slim, no matter who is in control. But down the block from the Capitol building, the nation’s highest court will be immersed in the work of fundamentally reshaping the future of higher education in this country.

Next Monday, the Supreme Court will consider the question of whether and how an applicants’ racial heritage should affect their prospects for their admission into college. In cases challenging the admissions policies at Harvard University and the University of North Carolina, the justices will hear arguments challenging both schools’ race-conscious admissions policy. The last time the Supreme Court weighed in on this issue, it upheld the University of Texas’ policy that used race as a contributing factor in its admissions decisions. Since then, Ruth Bader Ginsberg and Anthony Kennedy have both left the Court and Neil Gorsuch, Brett Kavanaugh and Amy Coney Barrett have joined. Elena Kagan, who recused herself from the Texas case given her past work on the issue during her time in the Obama Justice Department, will almost certainly sideline herself on these cases as well. Ketanji Brown Jackson, the newest justice, has said that she will recuse herself on the Harvard case as well, which means that Sonia Sotomayor could be the only vote to uphold Harvard’s current race-conscious policy.

But as the Supreme Court has shifted on the question of race-based admissions, so has the country. A new poll from the Washington Post (Lean Left bias) and the Schar School at George Mason University shows that almost two-thirds of U.S. adults would support the Court banning colleges and universities from considering a student’s race when making admissions decisions.

When these numbers are broken down by the race and ethnicity of those surveyed, the results are even more striking. Not surprisingly, 66 percent of white respondents said they would support such an action, but so did 65 percent of Asian Pacific voters and 60 percent of Latinos. Only black voters continue to support the use of racial considerations in college admissions, and only by a slim majority of 53 percent.

However, equally large majorities of Americans do support programs that are designed to increase the racial diversity of student bodies, which suggests that most of us believe that such diversity has its benefits as long it is accomplished through outreach efforts to underrepresented communities as opposed to automatic advantages that are part of an admissions formula. This balancing act will become even more challenging in the future, as the rates of inter-marriage among those of different races and ethnicities continues to increase. (It’s also worth remembering that only a very small percentage of institutions of higher education have selective admissions at all, so the vast majority of applicants are automatically admitted into the school of their choice.)

But a disproportionate number of our nation’s leaders do come from these selective universities, and so the way they are admitted and with whom they interact throughout those formative years will have immense impact on the decisions they make throughout their careers. We want the people who run our government, our businesses, our media, our military and every other aspect of our society to understand the benefits of demographic and ideological diversity. But we also want them to respect that decisions on who will lead should be made on merit, not on preference.

Balancing between these two goals is no easy task, but the stakes are enormous. In the near future, our Supreme Court will issue a decision that will shape how our future leaders learn, how they think and how they act. We’ll come back to the midterms next week, but even while the noise from the campaign trail drowns out these quieter conversations, these longer-term seminal questions deserve our attention.