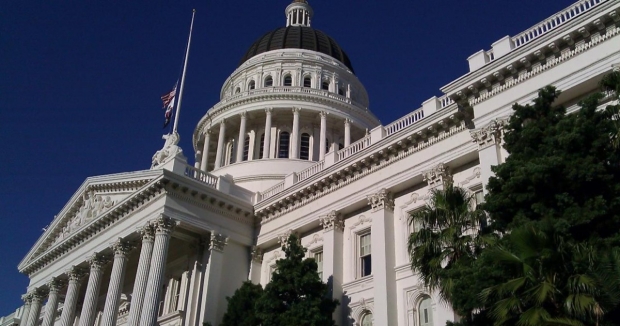 Most Americans do not know who the parliamentarian of the U.S. Senate is. In fact, most Americans do not know that there is a U.S. Senate parliamentarian. But the position is held by a woman by the name of Elizabeth MacDonough, who has just single-handedly reframed the national conversation about COVID-19 relief and economic growth. By all accounts, MacDonough is widely respected for her work in the non-partisan role she fills in the Senate. But she was recently asked to decide the fate of one of the most critical pieces of President Biden’s agenda. Now, that agenda could hang in the balance.

When Biden first proposed his coronavirus bill earlier this year, a key component was his proposal to more than double the federal minimum wage from its current rate of $7.25 to $15 per hour. Progressive Democrats, who point out that the wage has not been raised since 2009, were thrilled, but Republicans quickly lined up against the proposal. Of greater concern to the White House than the predictable GOP opposition has been the reaction from centrist Democrats. Senators Joe Manchin of West Virginia and Kyrsten Sinema of Arizona have already announced their plans to vote against the increase, and ten more of their colleagues have withheld their signatures from a stand-alone bill signed by the rest of the Senate Democratic caucus. When Biden himself hinted publicly that the full $15 increase was unlikely to happen, liberal voices such as Bernie Sanders and Alexandria Ocasio-Cortez quickly weighed in on the importance of pushing forward.

In a 50-50 Senate, every member is a king or queen in their own right. So faced between a seemingly intractable dispute between the two wings of his own party, Biden’s White House seems to have decided that discretion is preferable to valor. Rather than taking one side or the other, their strategy has been to hide behind the parliamentarian.

Because legislation can only pass the Senate when 60 votes are lined up to prevent a filibuster, Biden decided some weeks ago that using the process of reconciliation to pass the COVID-19 bill by a simple majority was preferable to agreeing to a bipartisan compromise that would have brought along a sufficient number of Republican votes. But the arcane rules that govern the reconciliation process require that a bill passed under this process must have a direct budgetary impact. Not surprisingly, supporters of the minimum wage increase insisted that the policy does meet the requirements to be included as part of a reconciliation bill. Equally predictably, the proposals foes argued that it does not. Late Thursday night, MacDonough ruled that the minimum wage increase can not be included under reconciliation, depriving Biden of a key component of his relief plan.

Although Vice President Kamala Harris, who is the Senate’s chief presiding officer, could conceivably overrule MacDonough’s decision, Biden’s advisors have made it clear that she will not. So this admired but largely unknown bureaucrat has single-handedly decided the fate not only of this particular minimum wage question, but may have a seminal impact on large portions of the new president’s goals for the nation’s post-pandemic economic trajectory.

It doesn’t have to be this way. Biden’s original proposal calls for a sizable minimum wage hike, but there are plenty of compromise plans that are circulating on both sides of the aisle. Manchin has made it clear that he would support an $11 minimum wage. Republicans Mitt Romney and Tom Cotton have called for a $10 wage that would be coupled with the mandatory implementation of the online E-Verify system designed to prevent the hiring of undocumented immigrants.

Senator Josh Hawley, the conservative firebrand who led the charge last month against certifying Biden’s election, has yet another idea: one that would also raise the minimum wage to $15, but would be funded by the federal government rather than employers. And several progressive Democrats have floated a proposal of their own, which would pair the minimum wage increase with some small business tax cuts.

It does not appear that any of these middle-ground proposals have received much interest from the Biden Administration to date. That diffidence is likely to change very quickly. But the fact that it took the action of an anonymous congressional staffer to motivate legitimate bipartisan negotiations is not an auspicious sign for forward progress.

Want to talk about this topic more? Join Dan for his weekly webinar “Politics In The Time of Coronavirus” on Tuesday mornings at 11 AM PST. You can register for it here. https://www.lawac.org/EventDetail/eventid/30841. Or read more of Dan’s writing at: www.danschnurpolitics.com.