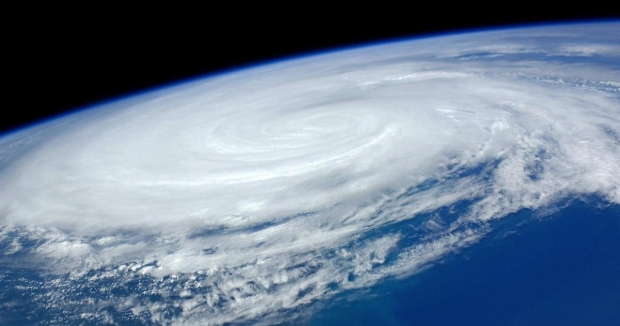 Editor's Note: This viewpoint is from a writer rated Lean Left.

In 2020, Americans experienced many natural disasters, including record-setting fires in California and Colorado, and some of the most tropical systems ever to make landfall.

By September, the country already had tied the record for the greatest number of natural disasters in a single year causing at least $1 billion in damage. Natural disasters can upend communities, force evacuations, destroy property, and endanger lives. In today’s America, many topics divide Republicans and Democrats, but one issue they agree on is that the government has a role to help those who have been affected by natural disasters.

The federal government has given aid to natural disaster victims for more than 200 years, since 1803. With government aid during these difficult times, we can make sure our loved ones are safe and that insurance can cover our destroyed belongings. Natural disasters can be life-threatening, harming our personal safety and the safety of those close to us. All people – Republican or Democrat – want to make sure their loved ones are taken care of in times of disaster.

The government has an important role to achieve this mission, as it provides resources like utility restoration or search and rescue missions. Republicans are often more skeptical of big government. However, in 2017, Gallup found more than two-thirds of Republicans rated the Federal Emergency Management Agency (FEMA), the primary agency that coordinates responses to natural disasters, as at least “good,” with some considering it excellent. This level of support among Republicans was actually higher than it was for Democrats. In June 2019, Democrats and Republicans on the Financial Services Committee of the U.S. House of Representatives voted unanimously to pass a five-year extension to the National Flood Insurance Program.

In recent years, it has been hard for both parties to agree on anything, much less unanimously. Considering that this was done unanimously, it appears to be an extremely relevant and important topic that can lead to agreement across political divides.

Other polls also show that Republicans and Democrats have positive views of other government agencies that focus on human health and well-being, even when unexpected disasters strike. For instance, an April 2020 poll from the Pew Research Center found that wide majorities of Democrats and Republicans reported having a favorable opinion of the Department of Health and Human Services (HHS), the agency in charge of health insurance, Medicare and Medicaid. Even after all the politics surrounding COVID-19, 60% of Republicans and about three-quarters of Democrats have at least a fair amount of trust in the Centers for Disease Control and Prevention (CDC, according to a late August and early September 2020 poll from Kaiser Family Foundation. Americans across the political spectrum have positive opinions of the agencies that are designed to protect the well-being of Americans. These agencies help create solutions for those who need help most urgently.

These polls help highlight that there is a common belief that the government has an important role to help those affected by natural disasters. Admittedly, there are still political disagreements in terms of the precise role of government with natural disasters. The National Flood Insurance Program extension that sailed through committee ultimately became stalled in Congress, which passed another short-term extension of the program.

We all have similar worries and concerns, no matter which political side we stand on. A fundamental aspect of this all is that we want the people we care about to be safe and protected. Republicans and Democrats both appear to see these benefits of government assistance during a natural disaster.

Bella Jasper is currently a high school student who is deeply interested in politics and journalism. In her writing, she hopes to provide a sense of commonality in politics. Bella has a Lean Left bias. This piece was edited by AllSides.com Managing Editor Henry A. Brechter (Center bias), and was reviewed by James Coan (Center) of Braver Angels.