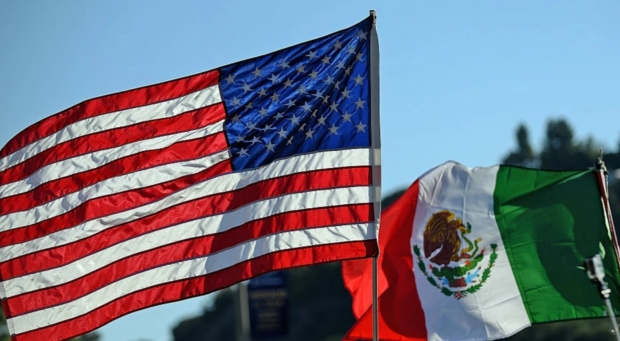 We talked last week about how a resurgent American isolationism could be harmful to our interests in Ukraine and in China. This week, voters’ growing disinterest in events beyond our borders is causing problems closer to home.

When the three-day Summit of the Americas gathering of Western Hemisphere leaders concluded on Friday, the sense that the United States was rapidly losing influence in its own backyard was inescapable. Even before the summit began, the Biden Administration’s decision to exclude authoritarian leaders from Cuba, Venezuela and Nicaragua had provoked an immense backlash, causing heads of state from several other Latin American countries to refuse to participate. But this controversy may have actually worked to President Biden’s benefit, as it distracted from the more substantive policy shortcomings that quickly emerged.

While those who did attend announced lofty-sounding agreements on health care, climate change and food security, the lack of tangible progress on critical issues such as trade and migration were glaringly obvious. The summit’s international economic agreements lacked the type of market access and investment that most Latin American countries desperately wanted from the U.S. (and that China is offering them), and the migration agreement announced on the summit’s last day included no real details, enforcement mechanisms or funding.

Biden and his advisors clearly understand the need for the U.S. to rebuild its relationships in Latin America, and Biden himself repeatedly stressed the benefits of stronger ties and frequently contrasted his efforts with the defiantly unilateral approach of his predecessor.  But on both key issue of trade and immigration, Biden is constrained from taking more concrete action by domestic political forces in this country. Economic protectionism from his own party prevents the United States from providing meaningful trade opportunities even to countries who want to ally themselves more closely with the U.S. And even more virulent nationalism from most Republicans makes any useful discussion regarding immigration policy a non-starter.

The political obstacles that Biden faces on immigration were especially evident last week. Migration from Latin America has created economic, human rights and security crises: the need for a coordinated international strategy could not be more urgent. But Biden has been under attack from conservatives on border issues since taking office, and his Administration’s recent dithering over Title 42 asylum policy has supercharged those criticisms. The fact that discussion of these issues was relegated to the summit’s last day speaks volumes as to the White House’s interest in downplaying immigration policy just months before this year’s critical elections.

Even worse, Biden held a news conference earlier that day at the Port of Los Angeles to discuss inflation and supply chain issues, thereby guaranteeing that U.S. news coverage of the immigration agreement would be negligible. And Biden himself left town before the traditional joint news conference that the attending nation’s leaders hold at the summit conclusion, making sure that it would also receive less media attention.

The immigration agreement itself lacked substance and specifics, but its shortcomings were magnified even further by the countries that boycotted the summit, including Mexico and the Northern Triangle nations of El  Salvador, Guatemala and Honduras. Given that the overwhelming majority of U.S.-bound migrants come from these countries, the absence of their leaders undermined the potential impact of the announcement even further.

Biden and his team recognize the gains that China has made in this region at our expense, and they are determined to reverse the damage that has already occurred. But domestic political realities come first and the rapidly growing isolationism that has infected both major parties here presents a seemingly unsurmountable obstacle. It’s exciting to imagine an American president spearheading a bipartisan effort to reassert the United States’ presence on the world stage. But that doesn’t seem even the slightest bit plausible in the foreseeable future.

In the past, the only thing to reverse these tendencies to withdraw from the world stage is war. While Americans strongly support Ukraine’s efforts to defend themselves against Russia, Putin’s invasion of a neighboring country simply doesn’t rise to the level of a Pearl Harbor or a 9/11 in the public consciousness. The question is whether something short of another attack on the American homeland can sufficiently motivate us to step up.

Want to talk about this topic more? Read more of Dan’s writing at: www.danschnurpolitics.com.