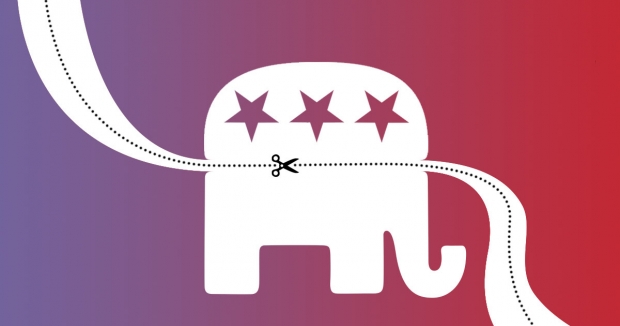 As Democrats and Republicans retreat toward their respective ideological end zones, frustrated voters have often wondered about the possibility of a third party emerging that could target that vast, yet largely unseen political center. It seems logical that a competitive political marketplace would welcome another option that prioritized Americans who feel ignored by the two major parties’ relentless focus on their most loyal supporters and accompanying decisions to pay little attention to undecided voters in the middle of the spectrum.

But the last time there was a serious threat to the primacy of the two-party system in American politics was in 1992, when Texas businessman Ross Perot mounted an independent candidacy in that year’s presidential election. Although Perot is now dismissed mainly as a gadfly and pop-culture phenomenon, the Texan was leading both George H.W. Bush and Bill Clinton in public opinion polls over the summer and finished the campaign with about 19 percent of the vote. It was the strongest showing for a candidate not affiliated with either major party since Theodore Roosevelt in 1912.

But Donald Trump’s role in encouraging last Wednesday’s riot at the U.S. Capitol may have laid the groundwork for a long overdue shakeup, creating a situation where the Republican Party can no longer contain Trump’s allies and critics under one roof. For more than four years, the GOP’s traditional conservatives fell into line behind Trump even as he dramatically rearranged the party’s historical policy priorities and continually tested them with his unprecedented disregard for political norms. Such was the strength of Trump’s support with Republican activists that he was rarely challenged by GOP elected officials, and the result was that he remade the party almost entirely in his own image.

Since Trump’s defeat at the hands of Joe Biden, many Republican leaders had begun to edge away from him. They were emboldened by both his increasingly erratic behavior and the growing realization that a former president does not possess nearly as much political clout once out of office. As it became more difficult to defend Trump’s challenges to the election results, the outlines of the battle for control of the GOP’s future became more apparent. It looked as if the next four years would feature an ongoing and brutal fight between Trump loyalists and mainstream Republicans.

But that was before last Wednesday’s tragedy at the nation’s capital. Trump’s incendiary language at a rally of his supporters that morning and disregard for the damage they caused that afternoon has led to immense consternation and condemnation, but also appears to have divided the Republican party in half. The small group of GOP resisters who have stood against Trump in the past have been joined by a much larger number of party regulars who now simply want him gone. But even the president’s greatly diminished political stature has not prevented large numbers of Republican voters, activists and elected officials from standing with him.

The new dynamic became available late Wednesday night after Congress returned to confirm the Electoral College votes and officially designate Biden as the next president. About half of the Republican senators who had planned to vote to challenge the electoral tally decided to stand down after the day’s violence, and dozens of GOP House members also voted against Trump’s wishes and in favor of the results.

In the days since, the pro and anti-Trump wings of the party have turned on each other with heightened levels of anger and vitriol. The philosophical divide that had been emerging among Republicans now threatens to become irreversible: it’s more difficult to see how the two sides will be able to paper over such a fundamental disagreement to move forward. For the first time in the modern era, it’s possible to imagine one of the two major parties splitting in half as a result of irreconcilable differences.

The GOP’s split into two Republican parties may have arisen over Trump’s efforts to overturn the election, but they also reflect immense conflicts on issues ranging from trade and immigration to deficit reduction and national security. The fight over Trump’s future will be remembered as the catalyst that broke the party in half, but two fundamentally different perspectives on so many public policy matters would make reconciliation less likely.

There’s no way of predicting whether the Republican Party will remain intact. But the possibility of a GOP breakup now seems very plausible.

Want to talk about this topic more? Join Dan for his weekly webinar “Politics In The Time of Coronavirus” on Thursday mornings at 11 AM PST. You can register for it here. https://www.lawac.org/EventDetail/eventid/30822. Or read more of Dan’s writing at: www.danschnurpolitics.com.