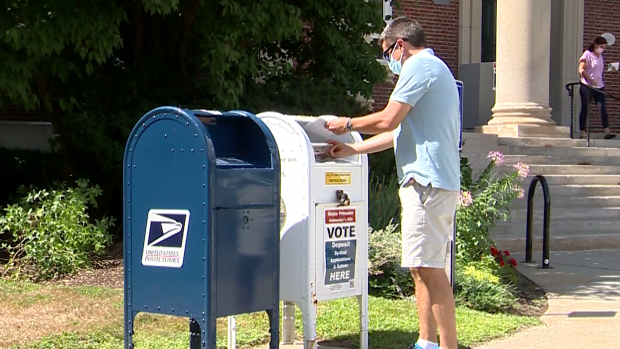 I gave up making political predictions forever on November 8, 2016. But only somewhat chastened in over the last six years, I will venture some guesses not on actual election outcomes but rather on what hill happen (or not happen) after the results have been counted and finalized.

A recent NBC News poll shows that eighty percent of voters registered to one of our two major political parties believe that the opposing party’s agenda will destroy America as we know it. Let that number sink in for a moment – for the vast majority of voters, an election with an unfavorable outcome will result not just in undesirable outcomes, but as an existential threat to our nation.

There is virtually no partisan skew in those responses: 81 percent of Democrats see that threat from Republicans, and 79 percent of Republican respondents expect that same fatal result if the Democrats prevail.  So no matter which party controls Congress next January, roughly four out of every five members of the minority party will see their defeat as a catastrophe of apocalyptic proportions.

Those alarmed super-majorities tend to elect candidates with similar attitudes to their own. So, in a Congress in which both parties’ caucuses are becoming increasingly populated by their most ideologically extreme and most uncompromising members, the potential for even the limited bipartisan cooperation that we have occasionally seen over the last two years seems extremely unlikely. Since this column was written before Election Day, there’s no way to forecast either which party will achieve majorities on Capitol Hill or by what margin. But there is no plausible outcome that could create an environment in which any meaningful work across party lines could take place.

If Democrats are able to overcome daunting historical trends and even more formidable polling data to maintain their ultra-thin majorities, there is no realistic scenario into which those majorities grow to a size where anything but the most unified of Democratic caucuses will pass meaningful legislation. Even the slim hope of adding enough Senate seats to suspend the filibuster that arose earlier this fall now seems like little more than White House fantasy. On the other hand, it’s impossible to imagine that the more likely Republican majorities will be of sufficient size to overcome presidential vetoes on any GOP policy goals.

Either way, the probable outcome is continued stalemate, accompanied by the inevitable finger-pointing, blame-laying and positioning for the 2024 elections.  President Biden’s own re-election chances could actually increase as a result of protracted gridlock (Bill Clinton and Barack Obama both leveraged the excesses of new Republican majorities after their own midterm defeats to position themselves as reasonable alternatives when they successfully achieved their second terms.) But the Biden who ran for president two years ago as someone who could bring the country back together is long gone: the president’s occasional pleas for unity sound plaintive and are ineffective. It’s difficult to see that message emerging in his re-election campaign as anything more than mere lip service.

History tells us that these types of deep divisions in American history are only overcome when the nation unites to confront a common threat, usually against an unsettling foreign menace or a debilitating economic downturn. The debate will rage for years about whether the COVID-19 pandemic might have provided a similar rallying point on a different political landscape. But it instead separated us even further, and the resulting decreased trust in our institutions makes the prospect of commonality seem even further away.

While the Ukraine war originally enjoyed broad bipartisan support, that backing was fairly shallow and was predicated on a limited level of U.S. involvement. We’re already beginning to see opposition to that effort beginning to drop off from the base of both political parties. But both Democratic and Republican leaders continue to stand with Biden on the importance of supplying the Ukrainian military with the weaponry they require to resist the Russian invasion, and bipartisan suspicion and hostility toward China will continue to grow in the months and years ahead, and could easily initiate broader agreement.

Smart leaders understand that their constituents are most likely to put aside their disagreements when they see a shared threat that worries them more than their differences. Once again, it appears that a sense of menace from overseas may be necessary to provide us with that impetus.