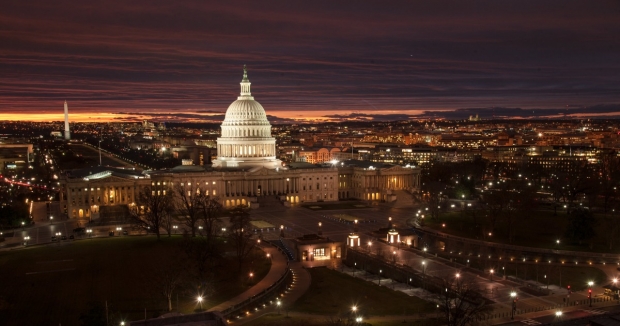 Joe Biden spent most of his presidential campaign preaching the virtues of bipartisanship. In the face of immense skepticism from most of the inner concentric circles of national politics, he has kept up that mantra through his first months in office. Within the next week, we will see if he can pull it off.

The president’s biggest legislative priority has been a two-headed infrastructure package, the first of which will require at least some support from both parties to become law. Negotiations have progressed over the bill in fits and starts for months, but at the time this column was written, it looked as if the so-called Gang of 20 Senators representing the two parties was closing in on an actual agreement.

The group, which includes an equal number of Democrats and Republicans, has been working to find common ground on traditional physical infrastructure like roads and bridges for most of the spring and summer. It has been excruciating to watch their labored pace and it is mind-bogglingly complex to keep track of the various parliamentary tactics that both sides employ to achieve even a small advantage in the talks. And the most ideologically intense members of both parties’ bases have regularly sounding off about their problems with the bill, and threatening to derail it if it insufficiently one-sided.

But that’s the way bipartisanship is supposed to work. There’s no guarantee that the infrastructure bill will ultimately make it to Biden’s desk. But heading into the weekend, there seems to be a good amount of optimism in the air.

Even if this legislation does manage to become law, that still won’t mean that Washington has suddenly and magically been transformed into an oasis of bipartisan comity. The second and larger infrastructure bill, which encompasses many of the Democrats’ most important policy priorities, will attract no GOP support at all and will pass on a straight party-line vote. The landscape is similarly bleak on most other fronts. Police reform legislation, which has been hailed as an example of potential cooperation and compromise between the two parties, is in grave danger. The possibility of similar middle ground emerging on climate change, gun control, immigration policy and other top-tier issues is vanishingly small as well. But to see Congress at its most intractable and most polarized, the knee-jerk confrontation and finger-pointing surrounding the investigation into the January 6 Capitol riots is undoubtedly the best place to start.

When House Speaker Nancy Pelosi proposed a special committee to look into the events of the ignominious day on which the U.S. Capitol was invaded by insurrectionists, it appeared for just a fleeting moment that Democrats and Republicans might be able to work together to better understand what had occurred. The GOP had already blocked a bipartisan commission that would have examined the uprising much as the 9/11 Commission scrutinized the terrorist attacks of September 11, 2001. For her part, Pelosi had provoked House Republicans with her decision to name GOP renegade Liz Cheney to the committee. But when Minority Leader Kevin McCarthy announced his committee appointees earlier this week, the last slim hope for bipartisan cooperation quickly disappeared.

It’s difficult to decide whether which of the two leaders bears more responsibility for the scorched-earth landscape that the House floor has become. McCarthy intentionally named Republican firebrands Jim Jordan of Ohio and Jim Banks of Indiana to the committee, guaranteeing that any proceedings would quickly devolve into name-calling and blame-laying. Pelosi then refused to seat Jordan and Banks, guaranteeing that the GOP would walk away altogether. And for good measure, McCarthy retracted his other three appointees and promised his own investigation, guaranteeing that both inquiries would be seen as purely and futilely partisan exercises.

Both Pelosi and McCarthy are confident that such no-holds-barred partisan combat works to their political benefit. Both believe they can use this confrontation can motivate their parties’ respective bases. Both plan to spin this debacle into a fundraising bonanza and a decided advantage in next year’s midterm elections.

Depressingly, they may both be right. But the entire episode is a reminder that the type of bipartisanship for which cooler heads and more reasonable voices strive will be the exception rather than the rule in Washington for the foreseeable future. Infrastructure legislation might become law later this year, but changing the political culture will take much longer.

Want to talk about this topic more? Join Dan for his weekly webinar “Politics In The Time of Coronavirus” on Tuesday mornings at 11 AM PST. Or read more of Dan’s writing at: www.danschnurpolitics.com.