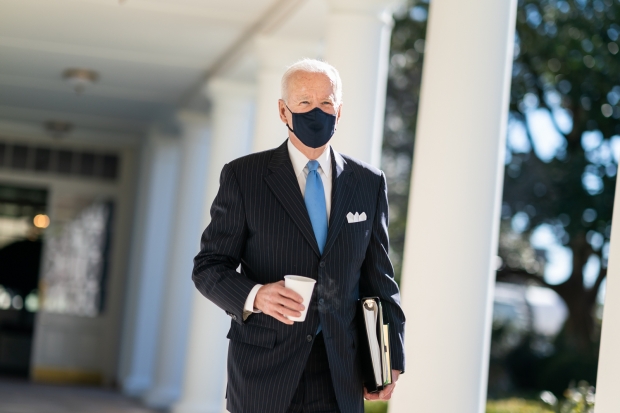 When Joe Biden ran for president last year, there were times when it sounded like he was campaigning for Barack Obama’s third term in office. But at this early stage of his own presidency, Biden has decided that he would prefer to serve Franklin Roosevelt’s fifth term instead.

There is nothing in Biden’s past – current or distant – that would have predicted this outcome.

He secured the Democratic nomination last spring by being the safe alternative who would be best positioned to run against Donald Trump in the general election. Party activists complained that his centrist establishment tendencies were uninspiring, and that candidates like Bernie Sanders and Elizabeth Warren would pursue much more ambitious agendas in office. But Biden stayed on safer ground, avoiding calls for a Green New Deal, single payer health care and free college tuition in favor of a more measured and more cautious platform.

Biden got those progressives to turn out for him in November, mostly by simply not being Trump. But throughout the fall, he was still careful not to give Republicans too juicy a target. Their efforts to paint him as a dangerous leftist largely fell flat, and Biden’s low key profile during Trump’s post-election tantrums further solidified a conventional wisdom that a Biden presidency would sacrifice grand ideological goals in favor of pragmatic bipartisanship.

But sometime between Election Day and Inauguration Day, Biden suddenly discovered that a previously undetected radical progressive lurked within him. He believed that the coronavirus pandemic had unleashed a thirst for government activism amongst the American people reminiscent of similar realignments during the Great Depression of the 1930’s and the civil rights movement of the 1960’s. After one perfunctory meeting with Senate Republicans shortly after taking office, Biden ignored GOP leaders and passed his Covid relief bill by mostly party-line votes. The high levels of support that both the legislation and Biden currently enjoy have convinced White House staff that the nation’s voters are ready for their government to play a larger role in the economy and society as a whole than has been the case in several decades.

Ever since Ronald Reagan ran for president in 1980 declaring that government was more an obstacle than a solution, the country’s political debate has been framed by a center-right orthodoxy that the federal government should be more efficient, less obtrusive and more deferential to private sector and community interests. Even the two Democrats to win the presidency over those years – Bill Clinton and Barack Obama – accepted that broader thesis even while pushing for some expanded role for government in certain areas. Biden appeared to be an ideological heir to those two men, perhaps looking for opportunities to move forward on specific progressive policy goals while leaving Reagan’s central premise unchallenged.

But the combination of a pandemic, a recession, a resurgent social justice movement, and a Trump backlash seems to have created an environment in which Democrats feel more emboldened than they have in more than half a century. Biden’s new infrastructure proposal will represent the largest expansion of government since the Great Society, and the new president has taken to frequently citing FDR in his public comments. Like Roosevelt’s election at the depths of a debilitating economic depression and Lyndon Johnson’s ascension at a time of national tragedy and unrest, the tumultuous events of the past year have forced Americans to look to their government for assistance in an unaccustomed way. Biden sees an opportunity to push forward at a similar scale to Roosevelt and Johnson and is moving aggressively to take advantage of that opportunity.

Biden could very well end up overreaching, and the possibilities for failure are much greater in the current hyper-polarized times in which we live. Issues such as immigration could also derail him, just as the legacy of Vietnam ultimately overshadowed Johnson’s domestic accomplishments. But Biden is rapidly approaching a point of no return, and whether he is ultimately successful in achieving his newly-grand ambitions or falls disastrously short, this long-time conventional thinker is going big in a way that no president of either party has attempted in many, many years.

History moves in cycles, and just as an era of expansive government that began with Roosevelt ultimately concluded with Reagan’s election forty-plus years later, at some point Reagan’s vision of smaller government will conclude as well. Biden is betting his presidency that time has arrived.

Want to talk about this topic more? Join Dan for his weekly webinar “Politics In The Time of Coronavirus” on Tuesday mornings at 11 AM PST. You can register for it here. https://lawacth.force.com/LightningMemberPortal/s/lt-event?id=a1Y3h000001JonZEAS. Or read more of Dan’s writing at: www.danschnurpolitics.com.