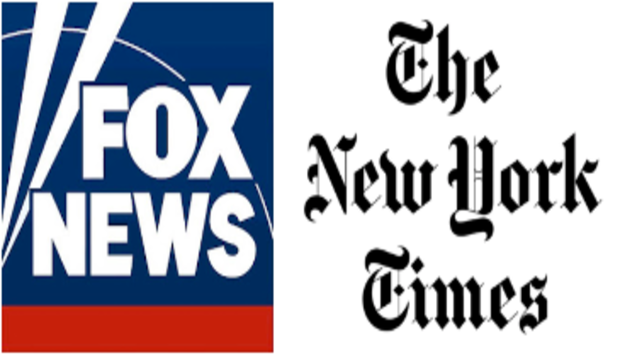 At AllSides, we believe that there is no such thing as unbiased news. But what about unbiased readers?

A recent study conducted by the Knight Foundation lends credence to the idea that they might be in short supply, too.

The research initiative, put on in partnership with Gallup, found that Republicans were more likely to trust The New York Times and Democrats were more apt to trust Fox News when the identity of the sources were concealed.

And that's not all. Individuals who express the strongest disdain for the media are the most likely to approach news articles with a biased eye. Those who identify as having extreme political views — far left or far right — rated the trustworthiness of various articles with a heavier bias than those with moderate beliefs.

One explanation, offered by Jonathan Rockwell in his New York Times writeup, is that the most biased individuals consume the most biased news, therefore "distorting their frame of reference." According to the data from Knight-Gallup, right-leaning inviduals who believe that Breitbart and Fox News "report the news fully, accurately, and fairly" are more likely to rate articles with a high level of bias, just as left-leaning individuals do who believe MSNBC is fair and balanced.

What's your bias? Take our online quiz to get a feel for where you stand on the political spectrum, and keep this in mind when consuming the news, particularly when reading your go-to sources. No outlet is without bias — not even your favorite — so we recommend that all partisan persuasions read multiple perspectives on the major issues of the day. That balanced news diet may be just what the doctor ordered.