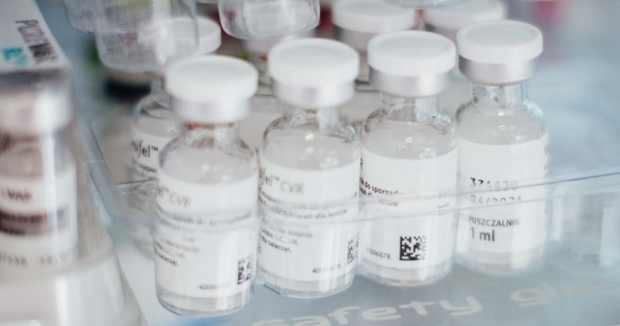 This news roundup shines a new light on major news stories from the past week, highlighting what Americans have in common across political divides.

As the FDA Approves the Pfizer COVID Vaccine, Increasing Numbers of Democrats and Republicans Show Interest in Receiving Vaccine

This advancement arrives in the context of increased willingness from both Democrats and Republicans to receive the vaccine.

Pew Research has conducted three polls of Americans on their willingness to receive a coronavirus vaccine. The most recent are from September and November, with the November survey starting a couple of weeks after the election.

Gallup has conducted six waves of a similar survey since late July. Its latest survey, which also started a couple of weeks after the election, found that the share of Republicans who would agree to a free FDA-approved vaccine increased by 13 percentage points since late August. The share of Democrats who say the same increased by 22 percentage points since late September (In Gallup’s survey, “leaners” are included with Independents).

Of course, there is still some divide between Democrats and Republicans, with Democrats tending to be more comfortable receiving the vaccine. In some cases, willingness was highest in the earliest waves of the surveys, and now Americans are catching up to their previous comfort levels.

Yet the most recent trends appear to be headed in the same direction, and at least half of those in each party now say they plan to receive the vaccine.

As seen in the AllSides Headline Roundup from Dec. 11, the Federal Trade Commission (FTC) and attorneys general from 46 states, Washington D.C. and Guam filed lawsuits against Facebook alleging antitrust violations.

The suits say the social media giant illegally suppressed competition, and seek to force the company to sell off social media apps Instagram and WhatsApp.

This is an incredibly strong bipartisan effort. Attorneys general are nearly evenly split in the United States, with 24 Democrats and 26 Republicans. Thus, the lawsuit supporters include the vast majority of those in both parties. The four attorneys general who did not join are Republicans from Alabama, Georgia, South Carolina and South Dakota.

But on the whole, this effort against Facebook is incredibly broad-based and bipartisan, with 22 Republican and all 24 Democratic state attorneys general in support.

Political violence reached Washington, DC this past weekend, as both left-rated and right-rated sources note how four people were stabbed and 33 arrested in the aftermath of a pro-Trump rally.

Despite the political violence, the public shows little support for such actions. Professors Nathan Kalmoe and Liliana Mason have studied “lethal mass partisanship,” a tendency for some to be comfortable with physical harm to those of the other political party.

From surveys in 2017 and 2018, they found that 91% of both Democrats and Republicans did not think violence is at least occasionally acceptable to advance political goals. Assuming the other party won the election, those figures fell to 82% for Democrats and 87% for Republicans – but they are still vast majorities.