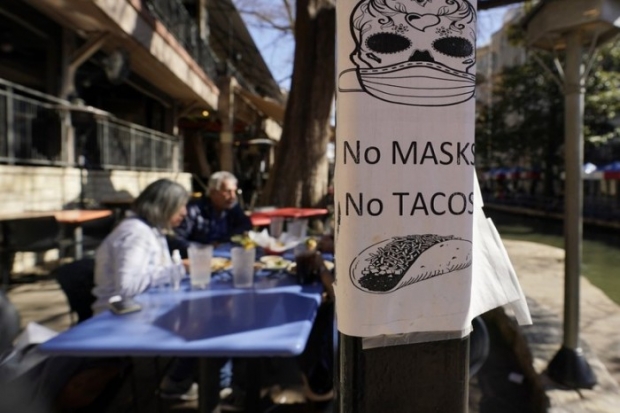 President Joe Biden said Tuesday that the U.S. will now have enough COVID-19 vaccines to inoculate all adults by the end of May, two months sooner than the previously-predicted July. Amid that expansion and falling new COVID-19 case rates, some states have loosened pandemic restrictions; Texas is lifting the state's mask mandate and allowing most businesses to fully reopen next week. Top health experts are continuing to urge caution; CDC Director Rochelle Walensky said Monday that “now is not the time” to lift restrictions.

Both decisions received coverage from all sides. Left-rated outlets often concentrated more on the tax return decision than right-rated outlets; some left-rated voices framed the court's decisions as a pointed rebuke of Trump. Many on the right focused on Justice Clarence Thomas' dissent in the Pennsylvania decision, highlighting the argument that potential election issues and questions need to be resolved regardless of how accurate election fraud claims are.

Perspectives: We unpacked media bias in coverage of an exchange between Sen. Rand Paul and Rachel Levine, Biden's nominee for Assistant Health Secretary; and Democrats and Republicans actually both support these specific free speech positions. Who would've guessed?

More from AllSides: Ever stop to think about how media bias came to be? Part 2 of our History of Media Bias series is out now!; Download the AllSides mobile app for balanced news on the go. Available for iOS and Android; and you can support our work and mission by becoming a sustaining member of AllSides. Sustaining memberships allow you to read AllSides ad-free.

"Research has shown that widespread mask wearing is good for the economy. According to an analysis of U.S. data that the Centers for Disease Control and Prevention highlighted, increasing universal masking by 15% "could prevent the need for lockdowns and reduce associated losses of up to $1 trillion," roughly 5% of U.S. gross domestic product."

The vaccine race against the coronavirus variants, explained

"...the more people the virus infects, the more mutations it acquires — mutations that may eventually evade the protection provided by prior infections or from vaccinations. The slow pace of the global vaccine rollout, particularly in low- and middle-income countries, then means that even if people in rich countries like the US are fully vaccinated, variants may still emerge in less vaccinated regions, increasing the risk of new outbreaks everywhere."

"FedEx and UPS say their shipping networks are prepared to handle a faster-than-expected rollout of vaccines in the U.S. President Biden's new accelerated timeline to provide enough doses for 300 million Americans to be vaccinated by the end of May — two months earlier than expected — depends not just on ramped-up production, but also on the ability of shipping giants to deliver more doses into communities."

"Already, some stores announced they still won’t allow maskless customers, while social media users began tracking evolving polices on crowdsourced spreadsheets. Shopping at Target? Masks are still required. Going to Texas’ largest grocery chain, H-E-B? Face coverings are encouraged but no longer mandated. It’s yet another test for businesses that have struggled to strike a balance between safety and survival over the past year."

‘We Should Trust Americans, Not Insult Them’: Mississippi Governor Defends Reopening After Biden Slams States For ‘Neanderthal Thinking’

"This decision from Mississippi and Texas comes after Biden, who has been a staunch supporter of masks, previously signed an executive order into effect just after being inaugurated, requiring Americans to wear masks while on federal property."

"Experts say that the bigger pharmacies already have the infrastructure in place to distribute vaccine and have played an integral role in COVID-19 testing so they have had the edge in receiving supplies. Many mom and pop pharmacies have suffered financial hardship gearing up to administer COVID-19 vaccines, according to NBC News. They have invested large amounts of money in getting special freezers for the vaccines, obtaining more personal protective equipment, and hiring more help."