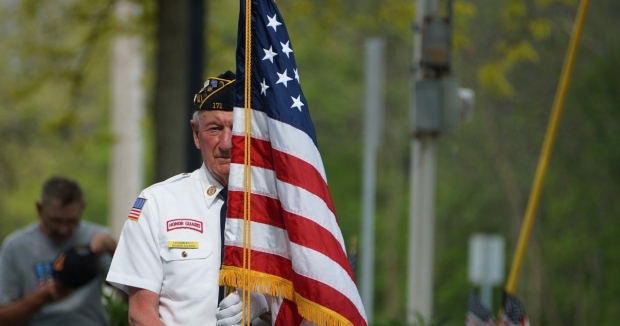 Dan Caldwell and Will Fisher worked on the same cause, but on opposite sides of the aisle.

Caldwell, then-Executive Director of Concerned Veterans for America, a conservative veterans advocacy organization, recalled the time he first met Fisher, the Director of Government Relations of VoteVets, a progressive veterans advocacy organization. It was on the set of a November 2018 Washington Journal discussion on C-SPAN. While they had some expected differences, Caldwell and Fisher soon found achievable common ground.

“I honestly did go into the interview expecting a combative conversation, but when we started talking about foreign policy, it was clear there were some areas of alignment especially on war powers,” said Caldwell. “The wheels started turning in my head, and we came together and decided to pursue some of these shared goals.”

In the original C-SPAN interview, the progressive Fisher voiced wanting an end to specific operations in the combat zones. The conservative Caldwell also noted how he wanted to "examine whether or not we need to continue" missions in Afghanistan.

The two groups had found an unanticipated policy bridge. Since then, they have worked together to persuade Congress to finally revoke authorizations of military force passed after Sept. 11, 2001. Both agree these authorizations have been bent and stretched to justify wars far beyond Congress’s intentions nearly two decades ago. And since then, two politically-active billionaires who have supported the individual organizations separately — liberal George Soros and conservative/libertarian Charles Koch — have deepened a shared commitment to ending long-term wars.

"Neither VoteVets nor, you know, our conservative counterpart in this coalition, Concerned Veterans - we're not anti-war organizations,” said Jon Soltz, current Chairman of the progressive VoteVets group, in the interview. “It doesn't mean that we just fight wars all over the world forever. These endless entanglements that cost trillions of dollars and thousands of lives because they're not making us safer."

The conservative Concerned Veterans for America’s new Executive Director, Nate Anderson, agreed. He said, "If anything is worth putting aside differences and coming together on, it's to save lives. It's to avoid unnecessary conflict."

Separately, Anderson made his point clear: "19 years is enough."

The fact that these groups work together may seem surprising. In addition to ideological differences, their funding sources are vastly different. VoteVets is supported by Soros’s Open Society Foundation, among others. Meanwhile, a conservative political network affiliated with Koch helps fund Concerned Veterans for America, along with individual donors.

Koch and Soros have also both contributed funding for a group founded in late 2019, the Quincy Institute for Responsible Statecraft, that similarly tries to reduce “endless wars.” This alliance surprised many, as the two often fund very different causes and candidates (validation from left and right, according to our Media Bias Ratings).

Of course, Concerned Veterans for America and VoteVets do not agree on everything. In the original C-SPAN interview, both groups claimed opposition to full privatization of the Department of Veterans Affairs (VA), but they disagreed on details. They also had different views of the effects of the VA’s Accountability and Whistle-blower Protection Act of 2017, a bipartisan bill that passed Congress by a wide margin of 368-55.

Debate over the details aside, a conversation that could have simply highlighted disagreements actually revealed a common goal. These two organizations – one progressive and one conservative, funded by billionaires who often have very different political views – have joined forces to reverse authorizations of military force and end long-standing American military involvement overseas.