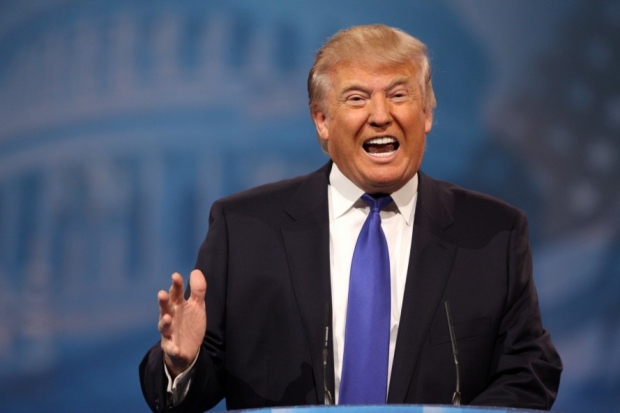 This was one of those weeks when sources on the Left, Right, and Center have largely focused on entirely different stories. For example, while the Left has been talking about Trump’s campaign woes and the Justice Department’s findings of bias in the Baltimore Police Department, the Right has been highlighting Hillary's newest email concerns and a House probe into skewed intel on the ISIS fight.
In the last few days, one of the few stories covered significantly by each side was Trump’s economic plan, so we’re bringing you that story from a few different viewpoints today.
Also, if you missed the American Citizens Summit, we have included the recording of the panel I participated in, the Online Technologies and Communities, in our latest blog.
See other news featured by AllSides such as Trump Explains 2nd Amendment Comment, State Releases More Clinton Emails, Hillary Clinton Courts the GOP and the latest AllSides News.
Snippets from the Left
Clinton to dismiss Trump's economic plan as a 'friends and family discount'
The Guardian
“Clinton will explain how this applies only to people in and around Trump’s tax bracket.
If Trump is truly worth “in excess of $10bn” as he has claimed, she will say, then he would pay 40% for the estate tax, or approximately $3.996bn when he passes his estate along to his heirs.
Clinton will also make the case that it’s “no coincidence” Trump is pushing tax reforms that largely benefit his own family. Clinton has said she will push for a tax system that ensures the wealthiest Americans and large corporations pay higher rates than middle-class households.”
Snippets from the Right
Trump vows to jolt economy with tax cuts and more, hammers Clinton record
Fox News
“He also said he wants to simplify the tax code with the GOP-led House proposal of reducing the number to tax brackets from seven to three -- 12, 25 and 33 percent.
‘Detroit, the Motor City, will come roaring back,’ Trump said.
He also vowed to re-negotiate the decades-old North American Free Trade Agreement and warned that Clinton, if elected, would enact the Obama administration’s Trans Pacific Partnership, which critics argue would create even more disadvantages for the United States in international trade.”
Snippets from the Center
Trump tries to right his campaign, talking of tax cuts
AP
“As in the House GOP plan backed by Ryan, Trump's proposal on individual income taxes would simplify the code, which currently has seven brackets, down to three, and lower the top rate to 33 percent after deductions from the current 39.6 percent. That's a departure from the plan Trump unveiled last fall during the GOP primary that envisioned four brackets and a top rate of 25 percent.
‘Now the whole party is unified with a tax message,’ said Trump economic policy adviser Stephen Moore.
While Trump had tried to paint his original plan as a boom to the middle class, independent groups concluded it dramatically favored the wealthy and would balloon the national debt by as much as $10 trillion over the next decade. His current plan would also add to the debt, but less.”
Discover more on this topic on AllSides.
Tags:
News
Story of the Week
Donald Trump
Economic Policy