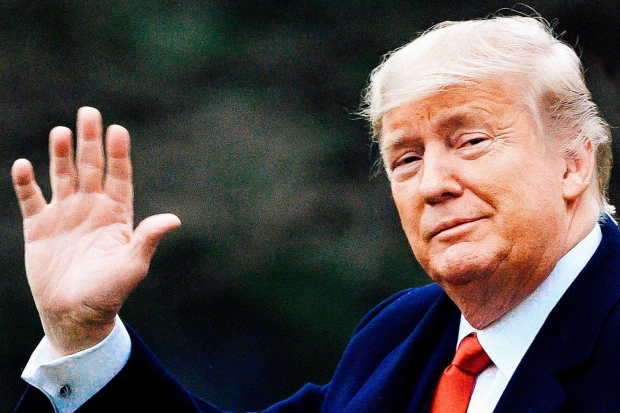 Check out some other big stories this week: Iowa caucus results begin to emerge as Democrats face criticism for delays; Fact checking the 2020 State of the Union address; and DNC changes debate requirements, frustrating some 2020 Democrats.

AllSides in the News: : AllSides was mentioned recently by MIT Technology Review in an article about transparency, artificial intelligence and elections.

"Democrats fell far short of winning the needed 67 votes to convict the president of either the abuse of power or the obstruction of Congress charges. The vote fell largely along party lines, reflecting poll numbers showing a sharp partisan divide on the issue."

"Senate Democrats accused the GOP of engaging in “a cover-up” after a vote against extending the trial and calling additional witnesses who might have bolstered the House impeachment case. Democrats, along with Romney and Republican Susan Collins, sought to call former national security adviser John Bolton, who reportedly wrote that Trump wanted to delay security aid for Ukraine until the government pledged to investigate Democrats, including Biden."

Despite his impeachment trial acquittal, Trump clearly guilty of a high crime

"Law students are taught early on that a trial is not a grudge match or an ordeal; it is a search for the truth. Trial lawyers know that cross-examination is the most effective truth-testing tool available to them. But the search for the truth requires witnesses, and when the command from Senate Republican leaders came down that there shall be no witnesses, the truth-telling mission of Trump's trial was radically transformed into a steamroller of political power."

"Trump will luxuriate in his victory. But the personal victory for him is a legal assault on the Constitution. The president has taken an oath to preserve, protect and defend the Constitution. Instead, he has trashed it. How? By manipulating Senate Republicans to bar firsthand evidence and keep it from senatorial and public scrutiny, Trump and his Senate collaborators have insulated him and future presidents from the moral and constitutional truism that no president is above the law."

What Trump's acquittal means for the rule of law

"There has been a great deal of hand-wringing about what it means that Senate Republicans kept enough of a united front to dispose of the charges against Trump without even a full trial. In fact, acquittal is a reasonable political judgment by Republican senators that reflects the preexisting standards for presidential impeachments, rather than a change to them."

"Future Congresses should not fear to impeach presidents — even this one, again — if they really have the goods and can get the public behind them. In the meantime, both parties in Congress ought to get back to the less glamorous but important work of reviving the other tools given by Article I to Congress to rein in the executive branch. If Democrats are worried that an acquittal will embolden Trump, they should have considered that before they began down a road that was always going to end with one. They will have a second chance to make their case directly to the American people in November."

"With Chief Justice John Roberts presiding, senators sworn to do “impartial justice” stood and stated their votes for the roll call — “guilty” or “not guilty” — in a swift tally almost exclusively along party lines. Trump, the chief justice then declared, shall “be, and is hereby, acquitted of the charges.”"

"What started as Trump’s request for Ukraine to “do us a favor” spun into a far-reaching, 28,000-page report compiled by House investigators accusing an American president of engaging in shadow diplomacy that threatened U.S. foreign relations for personal, political gain as he pressured the ally to investigate Democratic rival Joe Biden ahead of the next election."

"Two Republican senators have said they are continuing to look into "potential conflicts of interest" with Hunter Biden's business dealings in Ukraine and China, shortly after President Donald Trump was acquitted by the Senate on articles of impeachment for his own conduct in Ukraine."

"They claim the reason Joe Biden pushed out a former Ukrainian prosecutor was to quell a probe into the Ukrainian energy company for which Hunter Biden served on the board. The former vice president's position was actually that the prosecutor wasn't tough enough on corruption cases in the nation, a view shared by international leaders and anti-corruption groups."

"The video, which Trump has shared before, plays on a Time magazine cover from October 2018 that showed campaign signs showing Trump running for office every four years from 2024 until 2044. The cover story that month was titled “How Trumpism Outlasts Trump.”"

"The outcome represented a political triumph for the White House and Senate Majority Leader Mitch McConnell (R-Ky.), who successfully held together nearly the entire GOP caucus in blocking witnesses or additional evidence from the proceedings. Just one Republican, Sen. Mitt Romney of Utah, voted to convict the president of abuse of power."

"The third impeachment trial of a president in U.S. history concluded one of the most bitter episodes in recent memory in Washington — marked by partisan fighting over what constitutes a fair trial, furious debates over the propriety of Trump’s dealings with Ukraine and outsized pressure on a small core of Republican senators who held considerable sway in whether the trial would subpoena key witnesses from the Trump administration who had defied calls to appear before the House during its investigation."

"On the surface, President Donald Trump can claim popular vindication after Wednesday’s impeachment vote. Senators voted 52-48 to acquit him on charges that he abused power, and 53-47 to acquit him on obstruction of Congress charges. The reality, though, is that the only reason a majority of the Senate voted to keep Trump in office is that the body is configured in a way that systemically advantages Republicans. The blue state of California has 68 times as many people as the red state of Wyoming, for example, but both states still receive two senators."

"Nevertheless, the fact remains that senators representing about 53 percent of the nation voted to remove Trump from office. That’s a far different narrative than the raw vote in the Senate suggests."

The law is for suckers

"Nobody should be surprised that in the wake of 3,500 lawsuits, Trump will conclude that he is indeed above the law, that the legal regime exists only for suckers, and also that he can repurpose the machinery of law to investigate, harass, and punish the whistleblowers and the witnesses and those who sought to constrain him. At which point the law won’t just be the thing that applies only to losers and suckers, but also the thing that can be used to put down those who sought justice in the first place. And nobody should be surprised that having invited foreign election interference and having been acquitted for doing so, this president will use the formidable power of his Justice Department to manipulate the 2020 election, and to call into question the results of that election in the courts."