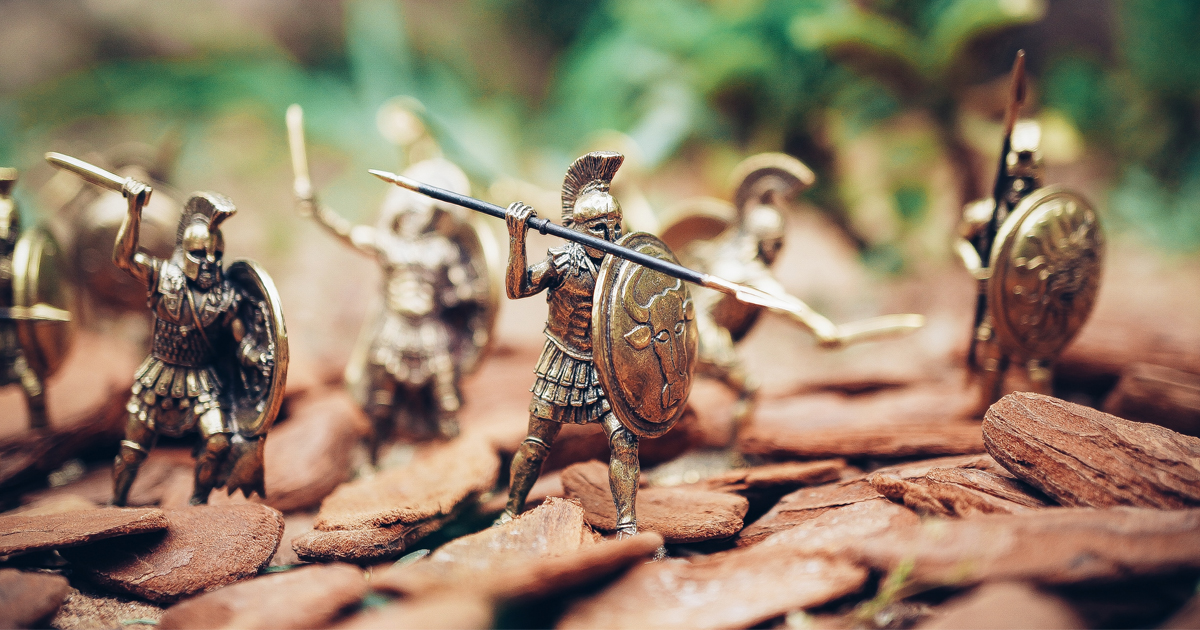 The United States is politically polarized — but perhaps not in the way you think. We tend to think of “polarization” as two competing red and blue tribes, each far away from the other in belief, values, and ideas, battling for political territory. Republican versus Democrat. Elephant versus donkey. Conservative versus liberal. In reality, American political polarization is much more complex than a red tribe and a blue tribe — in fact, there may be a whopping 34 memetic tribes currently battling it out in the U.S. culture war.

Peter N. Limberg and Conor Barnes of Intellectual Explorers have created a list of 34 memetic tribes that are competing in the modern political landscape, including Social Justice Activists, Antifa, the Establishment Left, Trumpists, the Alt-Right — just to name a few. Understanding memetic tribes is fundamental to grasping the reality of political polarization in the U.S. today, especially as we enter an election year. I’ll summarize the gist here, but I highly recommend Limberg and Barnes’ longer essay on the topic.

What is a culture war? A culture war is a conflict between social groups who are competing to make their values, beliefs, and practices dominant in society.

What is a memetic tribe? To understand memetic tribes, we have to combine two concepts. First, humans are innately tribal creatures — we have a natural tendency to want to be close with people who share our beliefs, values, customs, and behaviors, because cohesion reduces social friction and helps us to feel we are a part of something larger than our individual selves. Second, a “meme” is a part of a culture or behavioral system that is passed from one individual to another by non-genetic means, especially via imitation (in other words, not simply jokes circulating on social media).

Putting these two concepts together, Limberg and Barnes define a memetic tribe as “a group of agents with a meme complex, or memeplex, that directly or indirectly seeks to impose its distinct map of reality — along with its moral imperatives — on others.” Memetic tribes have different and often conflicting claims, interests, and goals.

Is the culture war red versus blue? Not exactly. As previously mentioned, there may be as many as 34 memetic tribes active in politics today. While many of these tribes can be placed under the traditional umbrella of “red” versus “blue,” the conflicts within the red and blue spheres are just as notable. To use Limberg and Barnes’ examples: The Establishment Right versus Trumpists. Gender-critical Feminists versus Social Justice Activists. The Democratic Socialists of America (DSA) versus the Establishment Left.

Where does memetic warfare occur? Many tribes compete online, though offline battle is also common. The internet has been a huge driver for memetic tribal warfare, as online forums that were previously used for transmitting kitten pictures and funny gifs have “transformed into a battleground for propaganda, doxxing, partisan podcasts, and public shaming campaigns,” as Limberg and Barnes write.

What are the memetic tribes fighting for? “The new war is the brawl between memetic tribes for the soul of America and the West,” Limberg and Barnes write (emphasis mine). “We define a culture war as a memetic war to determine what the social facts are at the core of a given society, or alternatively, to determine society’s boundaries of the sacred and the profane.”

Is America a country built upon imperial genocide, or upon freedom and innovation? Are open borders a national strength or a major weakness? Should women be more encouraged to be homemakers or CEOs? The answers to these questions and others, as well as the cultural scripts that would develop if the majority of society accepts the answers, will significantly differ based on which memetic tribe someone aligns with.

To use a recent example, the culture war was on full display this week following Michelle Williams’ Golden Globes speech in which she seemed to credit abortion for her success; the left and right fundamentally disagreed on whether or not our culture ought to celebrate such choices and sentiments.

The territories memetic tribes fight over are not necessarily geographic. Territories are the moral language of the culture that surrounds us — in Congressional representation, schools, movies, comedy, Golden Globe speeches — nearly any cultural outpost.

It’s too much to get into for this blog post, but you can read more in-depth analysis about these conditions and crises here. However, one crisis in particular — the reality crisis — underscores why AllSides exists at all.

In the past, centralized media networks gave us one picture of reality. You turned on the TV, you received one narrative and one view of current events. Now, thanks to the internet, “decentralization of information-sharing technology allows individuals to document events, create narratives, and challenge perceptions in real-time, without heed for journalistic ethics,” Limberg and Barnes write. With so many competing narratives and pieces of information, we can no longer agree on reality, and we struggle to understand the perspective of others.

AllSides developed a balanced newsfeed and media bias ratings to help you to easily identify different perspectives — and the values and belief systems that underlie them — that are competing for dominance in American politics today. By using our tools, you can avoid being manipulated into the culture war on one side or the other, and can instead fully understand all sides of any given idea or perspective. And most importantly, you can avoid hating, despising, or misunderstanding those who view things differently.

The U.S. has always had competing ideologies — traditional versus new-age, rural versus urban, elite versus populist, secular versus religious, etc. — but, as AllSides CEO John Gable predicted 20 years ago, the internet has trained us to polarize in new ways. Memetic tribes are a product of the societal conditions brought about by the technological age, our desire to be a part of something larger than ourselves, and the decentralization of news and information. Making this phenomenon transparent by educating ourselves on all sides of issues and breaking free of our filter bubbles may be a fundamental ingredient for reducing its volatility.