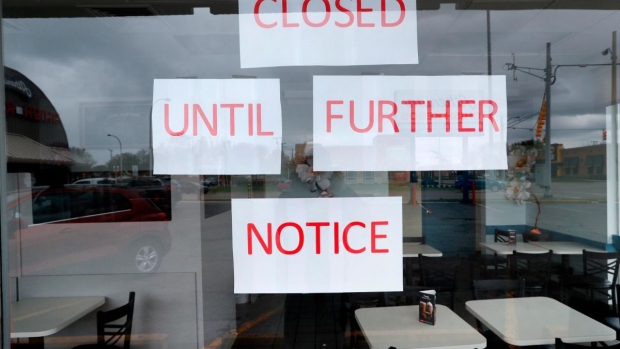 Concerns about a possible COVID-19 coronavirus resurgence are being met with conflicting statements from leaders and health experts.

Some health experts say the first wave of the virus has yet to subside, while casting doubt on the inevitability of a second wave. Others say the second wave has begun as lockdowns are relaxed and people begin returning to social activity. Some White House officials, including Vice President Mike Pence, have argued that the resurgence is nonexistent.

Coverage from many left- and center-rated outlets focused primarily on testimony from various health experts and officials, including Pence and Dr. Anthony Fauci. Some right-rated voices concentrated on the media's role in shaping the public's understanding of a potential resurgence and its public safety implications. Public gatherings have been covered widely on all sides of the media in the context of a possible second wave, particularly recent protests, riots, and President Donald Trump's rally scheduled for Saturday in Tulsa, Oklahoma.

Other big news this week: Protesters in Seattle took control of six blocks of the city, dubbing it the "Capitol Hill Autonomous Zone"; the Senate GOP advanced police reform legislation, and the president signed a police reform executive order; questions mounted over where $35 million in donations to the Minnesota Freedom Fundwill end up; the Supreme Court ruled in favor of LGBTQ+ workers' rights; and a bipartisan coalition pushed a major conservation bill through the Senate.

On the Blog: Univision and Telemundo, the U.S.'s leading Spanish-language news networks, have been accused of anti-black bias in reporting on protests and riots.

"Anthony Fauci, a member of the White House coronavirus taskforce, expressed worry about new hotspots for infections in major US states, while also advising that “personally, I would not” attend Donald Trump’s first political rally in months, due on Saturday, in Oklahoma, where vast crowds are expected despite rising Covid-19 cases. Arizona, Florida, Oklahoma, Oregon and Texas reported record increases in coronavirus cases on Tuesday, while Nevada recorded its highest ever number of single-day cases."

"Despite Oklahoma’s alarming rise in coronavirus cases – a record 591 new cases were reported on Monday, and cases in the state rose by 68% last week – Donald Trump will hold a campaign rally in Tulsa, Oklahoma’s second-largest city, on Saturday – his first since March, when the pandemic took hold in the US. Fauci said he personally would choose not to attend such an event due to the risk of contracting coronavirus. And he warned that talk of whether the US was now experiencing a second wave of Covid-19 cases was premature."

"Weeks after lifting stay-at-home orders, some states are seeing record numbers of hospitalizations from Covid-19 as thousands more Americans get infected every day. "We're going to have to face the harsh reality in some states that we may need to shut down again," said Dr. Jonathan Reiner, a professor at George Washington University School of Medicine. And the second wave of state shutdowns could be more damaging than the first."

"While states try to revive the economy, the fate of this pandemic is largely up to individuals. "People must observe the safety guidelines," top White House economic adviser Larry Kudlow said. "Social distancing must be observed. Face coverings in key places must be observed." Wearing a face mask is critical to slowing the spread of coronavirus because of how easy it is to infect others -- even without any symptoms."

"A consensus of epidemiologists believes the risk of a second wave remains real, but will likely come in the fall. And because the potential for the virus to expand its reach remains a significant cause for concern, they said this is no time to relax preventive measures such as social distancing, hand-washing and mask wearing. "We are in the first wave, but we are in the second inning of a nine-inning game," said Dr. Michael Osterholm, an epidemiologist at the University of Minnesota."

"While scientists point to the historical record to justify their concerns about a viral resurgence, leading epidemiologists are careful to note that a forthcoming second wave of the disease is not a certainty and could be managed. "It is not inevitable that you will have a so-called 'second wave' in the fall or even a massive increase if you approach it in the proper way," said Dr. Anthony Fauci, the administration's top infectious disease expert."

What Do Recent COVID-19 Trends Tell Us About the Merits of Lockdowns?

"The lockdowns, whatever their marginal contribution to slowing the spread of the coronavirus (still a matter of much dispute), may simply have delayed COVID-19 deaths rather than preventing them. The eventual death toll will depend on people's willingness to follow sensible guidelines, and it seems that many of them are in no mood to do that."

There Isn’t a Coronavirus ‘Second Wave’

"While talk of an increase in cases dominates cable news coverage, more than half of states are actually seeing cases decline or remain stable. Every state, territory and major metropolitan area, with the exception of three, have positive test rates under 10%. And in the six states that have reached more than 1,000 new cases a day, increased testing has allowed public health officials to identify most of the outbreaks in particular settings—prisons, nursing homes and meatpacking facilities—and contain them."

"The media has tried to scare the American people every step of the way, and these grim predictions of a second wave are no different. The truth is, whatever the media says, our whole-of-America approach has been a success. We’ve slowed the spread, we’ve cared for the most vulnerable, we’ve saved lives, and we’ve created a solid foundation for whatever challenges we may face in the future. That’s a cause for celebration, not the media’s fear mongering."

"The Trump campaign is forging ahead with its Tulsa rally on Saturday, decrying “leftist” plaintiffs who want to stop the event as Oklahoma posted its highest single-day tally of coronavirus cases and worrying trends continued across the South and West. The president’s surrogates said life is full of risks and that Mr. Trump’s detractors are desperate to stop him from speaking to supporters despite little pushback to anti-racism protests that featured massive gatherings."

"The event will be the first major campaign rally since the pandemic took off in the U.S. in March. More than 117,000 Americans have died and 2.1 million have been infected. Oklahoma recorded 228 COVID-19 cases Tuesday — its highest daily total to date and part of a broader spike in cases across the Sun Belt...A Tulsa judge denied a local bid to keep Mr. Trump from visiting the BOK Center, an indoor venue that is considered by experts to be less safe than an outdoor venue since fresh air allows unlimited dilution of viral particles."

"As coronavirus infections continue to rise in a number of states across the country some health experts are warning that the second wave of COVID-19 in the U.S. is already taking place. “I think the second wave has begun,” William Schaffner, an infectious diseases expert and professor at Vanderbilt University Medical Center, told CNBC Monday. “We are opening up across the country, but many, many people are not social distancing, many are not wearing their masks and those are the things that will contribute to coronavirus spreading.""

"Weeks after lifting stay-at-home orders, some states are experiencing record numbers of cases and hospitalizations. South Carolina and Alabama both hit single-day records of new confirmed cases Sunday, while Texas is seeing record numbers of hospitalizations. Meanwhile, Oregon last week put a temporary pause on all further reopening efforts after a spike in single-day cases. New York Gov. Andrew Cuomo (D) on Sunday threatened to halt the reopening of Manhattan and the Hamptons over complaints people are flouting social distancing guidance. New York so far is not among the states currently seeing an increase in cases and hospitalizations."

"Some states that are pushing forward with aggressive reopening measures have seen significant spikes in positive cases. Conversely, other states such as Illinois are showing more promising results, displaying not only decreasing infection numbers, but also progressively better testing capabilities. Experts attribute this variance to a variety of factors, including the vastly different reopening procedures between different states, more available testing capabilities in certain areas compared to others, and individuals not following proper social distancing and infection control guidelines."

"Until a more permanent solution can be found, communities and individuals must continue to strictly enforce and follow the guidelines put forth by public health officials and experts, in order to ultimately contain the death-toll of this devastating pandemic."

"Tried-and-tested strategies that directed buyers into stocks in good times and bonds in bad times began to unravel in the face of unconventional monetary policy a decade ago. They are being dropped now as central banks ramp up their response to the virus and governments pledge more than $8 trillion of fiscal stimulus to combat the fallout from the pandemic."

"MSCI Inc.’s broadest measure of international stocks shows member companies trading at more than 19 times next year’s earnings. These kinds of levels haven’t been seen since the dot-com bubble burst in 2002. And what’s worrying is they come as millions of people are cast into unemployment by what the United Nations has called the most challenging crisis since World War II. “The fact that the central bank of the world’s reserve currency is buying everything from government bonds to corporate debt is floating all boats,” said Devani. “The tipping point will be when there’s enough clarity on what the long-term impact of the virus is.”"

Story Of The Week, Coronavirus, Public Health, Role Of Government, Life During Covid-19, Safety And Sanity During COVID-19