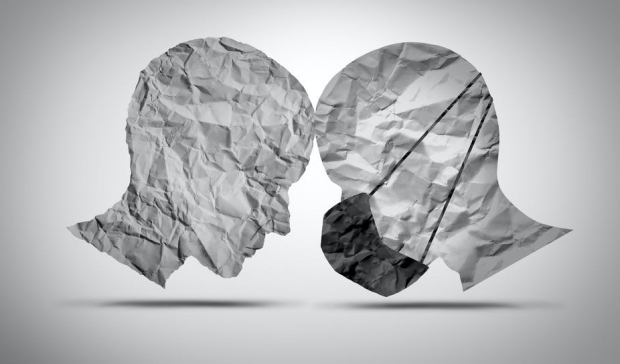 Even though Americans shared the experience of living through a global pandemic, their individual attitudes towards it differed and evolved – sometimes dramatically.

We study risk perception. Using public opinion polls and state-level data, we conducted an in-depth analysis of how American attitudes and behaviors changed over the course of the pandemic.

Since the first confirmed COVID-19 case in the U.S., over 33 million Americans have been diagnosed with SARS-CoV-2 and more than 600,000 have died. We set out to see how attitudes and beliefs correlated with Americans’ risk perceptions, mask wearing and support for other COVID-19 mitigation measures.

Here’s what we discovered.

Public health and politics are intertwined

Using statistical modeling, we dug into data from public opinion polls conducted by Pew Research Center, National Opinion Research Center, Democracy Fund and UCLA – as well as our own survey combined with state-level data from the Centers for Disease Control and Prevention and Moody’s Analytics and National Conference of State Legislatures.

In a presidential election year characterized by intensifying polarization, public health got caught up in politics.

In March 2020, with uncertainty surrounding COVID-19, contrasting cues from political leaders undoubtedly played a crucial role in shaping risk perception of the virus.

The powerful influence of political cues persisted. Based on our analysis of a poll conducted in June 2020, Republicans who were in favor of Trump were less supportive of mitigation measures – like canceling gatherings, closing businesses and schools, restricting non-essential travel and fever testing before entering public buildings – compared to Republicans who were less supportive of Trump.

By May 2020, national political influence began to be mirrored at the state level. Americans who lived in states with both Democratic governors and legislatures were more likely to perceive COVID-19 as a threat and adjust their behaviors and support policy measures to mitigate transmission of the virus.

When the pandemic was rapidly spreading in early summer of 2020, the CDC recommended wearing masks. Americans with more extensive social connections and stronger trust in others were more likely to engage in mitigation behaviors such as mask wearing.

Individual behavior is influenced by one’s community – such as family, friends and neighbors. As information on the pandemic spread, counties where residents had stronger and closer connections with others started to show a slower increase in COVID-19 cases, as people adopted more infection mitigation measures.

Also, people with stronger and closer connections with others were more likely to act for the common good with the expectation that others would do the same. Trust promoted social coordination, which provided incentive for people to take similar actions such as wearing masks in response to COVID–19.

In summer 2020, when COVID-19 continued to infect thousands of Americans a day, the CDC recommended mitigation measures such as canceling gatherings, closing schools and restricting non-essential travel.

Americans who contracted COVID-19 – or whose family members had been sick with the coronavirus – didn’t necessarily support mitigation measures after their illness. Perhaps acquiring some measure of immunity by surviving COVID-19 lessened their perceived threat. As philosopher Friedrich Nietzsche once said, “What does not kill me makes me stronger.”

Interestingly, Americans who had coworkers and others in their social circle get COVID-19 were more likely than others to support mitigation measures. It may be those with indirect experience became more anxious about contracting the virus themselves by hearing “horror stories” from others.

In late August to early September 2020, Americans from states whose economies had recovered close to pre-pandemic levels became less concerned about the pandemic and were more likely to forgo mitigation behaviors. We suspect economic recovery provided people with the impression that a return to normal was around the corner, which helped form a false sense of safety.

Meanwhile, in places with a low number of confirmed cases or deaths, residents were likely to perceive the risk as abstract and distant. Consequently, their motivation to control the transmission of the virus was weak.

Overall, our research shows the combination of timely information with trusting, well-connected communities, is most likely to result in collective risk mitigation behavior. Perhaps these insights can help the U.S. prepare better for the next pandemic.