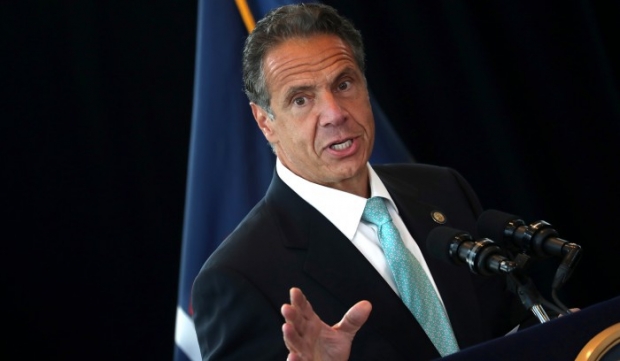 An investigation by the New York attorney general's office determined that Gov. Andrew Cuomo sexually harassed at least 11 women and fostered a “toxic culture” in his office. N.Y. Attorney General Letitia James announced the four-month probe's findings on Tuesday. Cuomo's accusers include current staff, former staff and state employees. President Joe Biden has called on Cuomo to resign; Cuomo said in remarks released Tuesday that he "never touched anyone inappropriately" and pledged not to step down. The AG's report did not specify penalties for Cuomo; four N.Y. district attorneys are now reportedly looking into the accusations, which could spawn criminal charges. 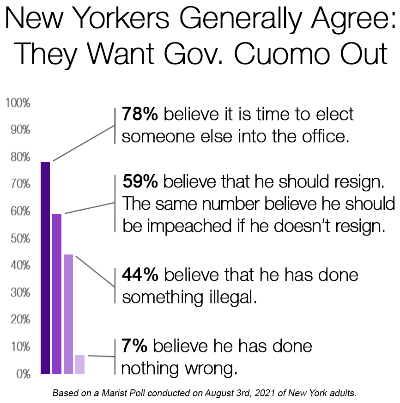 The AG report was a top story from many major media outlets across the spectrum this week. Editorial boards across the spectrum called on Cuomo to resign. Some right-rated outlets and voices focused more on criticizing major left- and center-rated sources, as well as other Democrats and political activists, for purportedly being soft on Cuomo during the pandemic and downplaying controversies around him.

What's next for Cuomo after sexual harassment report?

"Albany District Attorney David Soares said Tuesday his office is reviewing the report's findings to see whether criminal charges should be filed and encouraged more victims to come forward. He called the matter 'developing' and said his office would be reviewing the documents."

You Should Resign, Governor Cuomo

"If Mr. Cuomo cares for the well-being of the state and its citizens as much as he has said he does over the years, he needs to do the right thing and step down."

"In calling on Cuomo to step down, Biden joined nearly every other major Democratic lawmaker in both Albany and Washington. But from atop the party leadership, Biden’s demand carries more weight than others."

Andrew Cuomo must 'do the right thing' and resign

"The report itself paints a horrifying picture of an elected official, unbounded by any kind of societal norms or expectations and, in the report’s own words, “enabled” by some of the people he appointed and surrounded himself with in the governor’s office."

"Two of the co-founders of Time’s Up, an anti-harassment group created in response to the #MeToo Movement, helped New York governor Andrew Cuomo’s office draft a letter to discredit a woman who accused him of sexual assault."

The Post says: Andrew Cuomo has to go — right now

"New Yorkers need a governor they can look up to, someone they can trust as honorable, honest and decent. Cuomo has shown he’s not up to it. It’s long past time for him to go."