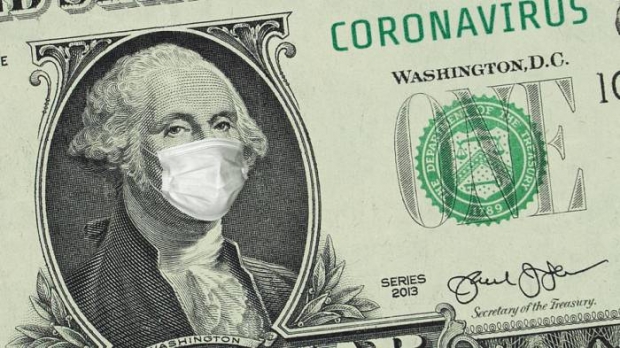 Coverage from many right-rated outlets has focused on the purported ineffectiveness of increased unemployment benefits, and their alleged tendency to disincentivize certain people from returning to work. Many left-rated voices have praised previous federal aid measures, while accosting lawmakers for purported incompetence in passing new legislation.

On the Blog: Writer Bari Weiss' high-profile departure from the New York Times two weeks ago highlights concerns about media bias and intolerance of diverse views— and underscores the dire need for tools like AllSides.

More from AllSides: We're doing more media bias research surveys soon. Sign up to participate!; In the face of the COVID-19 infodemic, AllSides created a Facts and Fact Checking portal, where you can see the latest fact checks on a variety of topics and issues. You can also now support our work and mission by becoming a sustaining member of AllSides. Sustaining memberships allow you to read AllSides ad-free.

Senate Republicans have a new stimulus bill. Here’s what’s in it.

"The GOP bill arrives as Congress faces a pressing deadline: Enhanced unemployment insurance (UI) is set to expire this week, with millions receiving their final federal unemployment payments allotted by the CARES Act this past weekend. A federal eviction moratorium has also elapsed, and state and local governments increasingly feeling the strain of both dwindling tax revenues and rising coronavirus costs are looking to Congress for help."

"Her comments come as congressional negotiators responsible for brokering a new recovery package to keep tens of millions of people from losing federal unemployment benefits are currently at the "airing our differences" phase of talks. Senate Republicans formally unveiled a roughly $1 trillion stimulus proposal this week while Democrats are pushing a far bigger and different proposal. They passed their own $3 trillion stimulus bill in May."

"As Senate Republicans look to slash the extra $600 per week in federal unemployment benefits provided by the CARES Act, 31.5% of Americans with lost income (35% of women and 26% of men) say they could not live without the supplemental checks for more than a month, according to a recent study from The Ascent, the personal finance section of The Motley Fool."

"During a head-spinning week of start-and-stop efforts, McConnell abruptly halted the rollout of the Republicans’ $1 trillion plan, which was supposed to provide a counter-offer to the Democrats’ $3 trillion bill in an opening bid for negotiations. Trump was forced to abandon his push for a payroll tax break, which his party opposed, and the White House turned to new priorities."

Bringing the ‘Stimulus’ Back to Stimulus

"If we are going to get an expensive stimulus/relief bill, it seems desirable that it should be structured in a way that most effectively aids those struggling their way through the current crisis while facilitating economic growth. Direct payments to taxpayers, indiscriminate and untargeted, offer little in the way of “multiplier effect” to economic growth, and provide as much support to those not suffering as to those who are suffering. However much the total stimulus bill ends up costing, too much of what’s spent will be direct payments, substantially diluting the ability of the package to assist in securing the objectives I list above."

"Just under 25 percent of the funds Congress allocated to state and local governments for coronavirus relief has been spent so far, a figure that may raise fresh concerns from lawmakers on whether billions of more dollars are needed. Just over $34 billion -- or nearly a quarter -- of the $139 billion in payments Congress passed in March to states and local governments in the CARES Act has been spent, according to a new report from the Department of the Treasury Office of Inspector General."