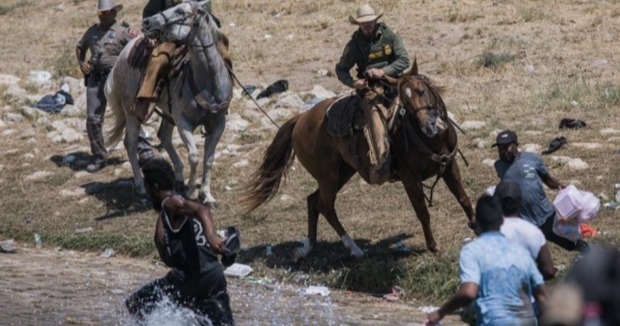 Over 15,000 unauthorized migrants who crossed the Rio Grande River into Texas congregated at a makeshift camp in the small border town of Del Rio over the past week.

The migrants, many of them Haitian, are awaiting processing or apprehension at the camp, where food and utilities are reportedly scarce. A Wednesday report quoting several anonymous officials said thousands of unauthorized migrants gathered at the camp were being released into the U.S. with orders to appear at an immigration office with 60 days, despite the Biden administration's pledge to deport people who cross the border illegally.

The number of migrants at the camp had dropped to around 5,000 by mid-week as deportations continue alongside releases. The U.S.'s special envoy for Haiti resigned Thursday over what he called the "inhumane, counterproductive decision to deport thousands of Haitian refugees.”

Many left-rated voices have framed the situation as an example of bad U.S. immigration policy, saying it's too hard for people to become citizens and that they should be welcomed and processed instead of deported. Many also focused on alleged brutality at the border, and photos of Border Patrol agents on horseback chasing migrants.

The situation has been covered more prominently by right-rated sources, which often highlighted criticism of the Biden administration's job on immigration. Many voices on the right framed the situation an example of bad immigration policy, arguing that the border is too easily passable and that apprehension and deportation are not effective enough. 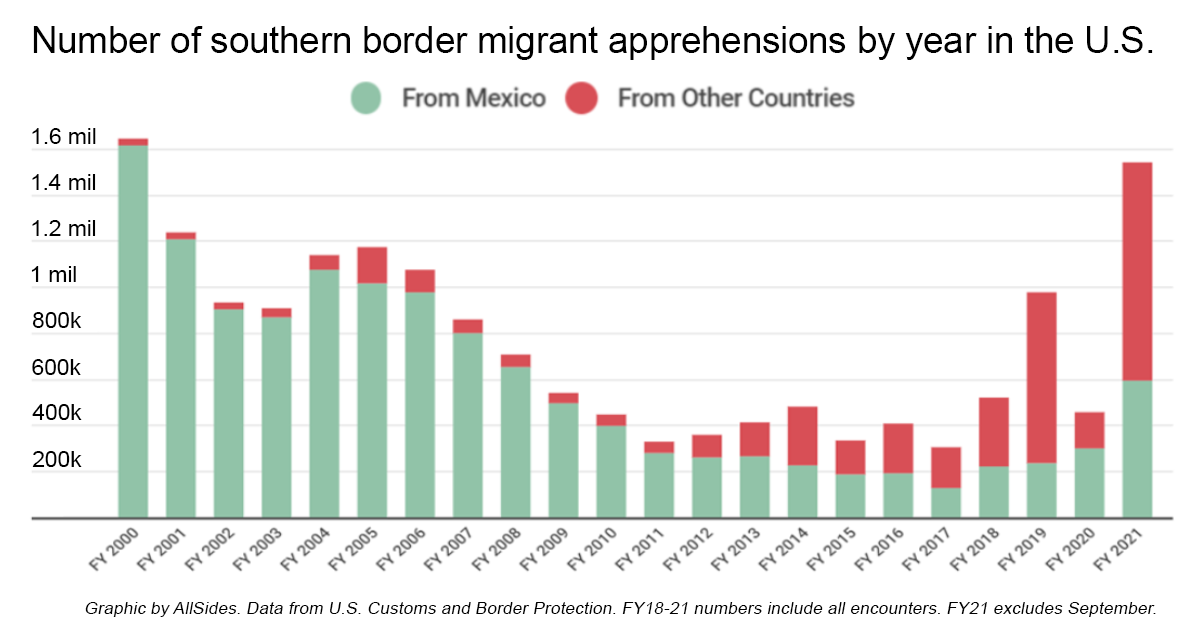 "More than 6,000 Haitians and other migrants have been removed from the encampment in Del Rio, and Mayorkas predicted a “dramatic change” in the number of migrants there within the next two to four days as the administration continues the removal process."

"Foote’s resignation letter to Secretary of State Antony Blinken, which was first obtained by the PBS NewsHour, comes as the Biden administration is facing widespread backlash over its treatment of Haitian migrants in Del Rio, Texas, where images of horseback border patrol agents using reins against migrants have sparked outrage."

"Del Rio has one hospital, one emergency center, one medical center, and a clinic. Workers at the hospital were already overwhelmed before the swell of families, single adults, and unaccompanied minors, primarily from Haiti, crossed the river this month."

"The violence is the latest incident involving Haitian migrants. Earlier Tuesday, Fox News confirmed that migrants being transported by bus through Texas took over the bus and fled -- before being apprehended. Meanwhile, members of the Biden administration, including Vice President Kamala Harris, have expressed outrage at images of Border Patrol agents on horseback blocking Haitian migrants from entering the United States -- amid false claims by Democrats and some media outlets that Border Patrol agents were using "whips.""

"As many as 15,000 migrants, many of them Haitian, have crossed the river seeking asylum in recent days, but on Tuesday morning that number had shrunk to an estimated 6,200 camping under the bridge, according to Val Verde County Sheriff Joe Frank Martinez."

"In the past 24 hours, the White House has responded to images and videos of aggressive tactics used by Border Patrol agents to corral those migrants by supporting an internal investigation into the matter. What it hasn’t done, yet, is figure out a solution to the crowding and sanitary issues arising in what’s become a makeshift encampment — or stop its policy of deporting migrants upon arrival."