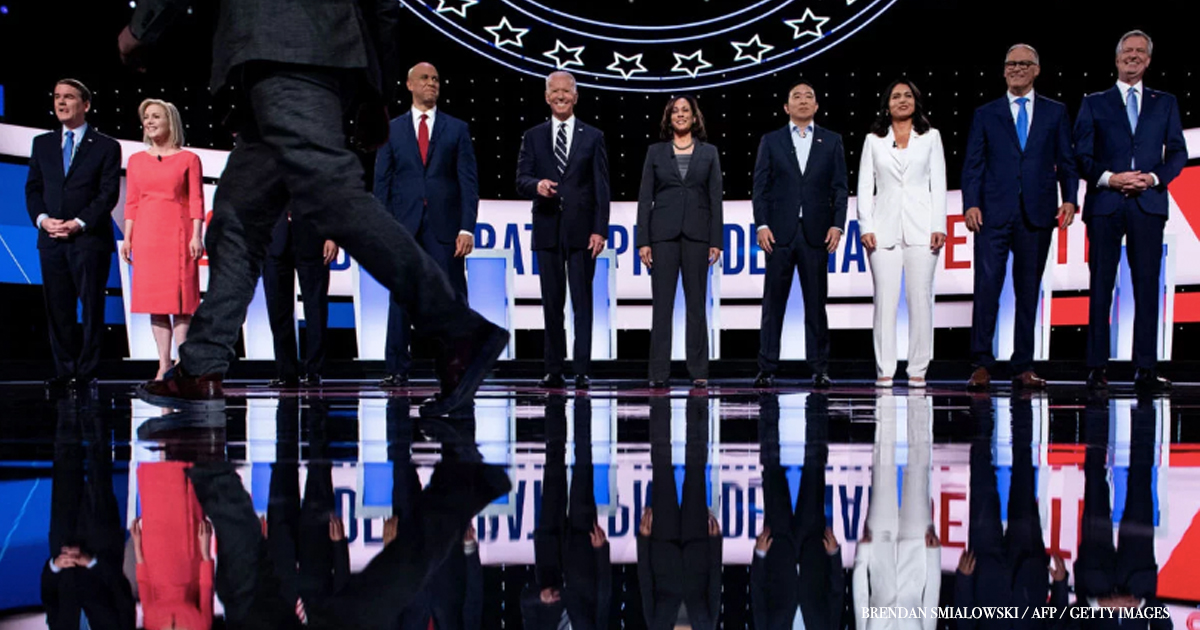 Ahead of Thursday night’s third Democratic presidential debate in Houston, here’s a look at how each of the 10 candidates’ polling numbers in late July compared to their share of questions fielded during the July 30-31 debates in Detroit. 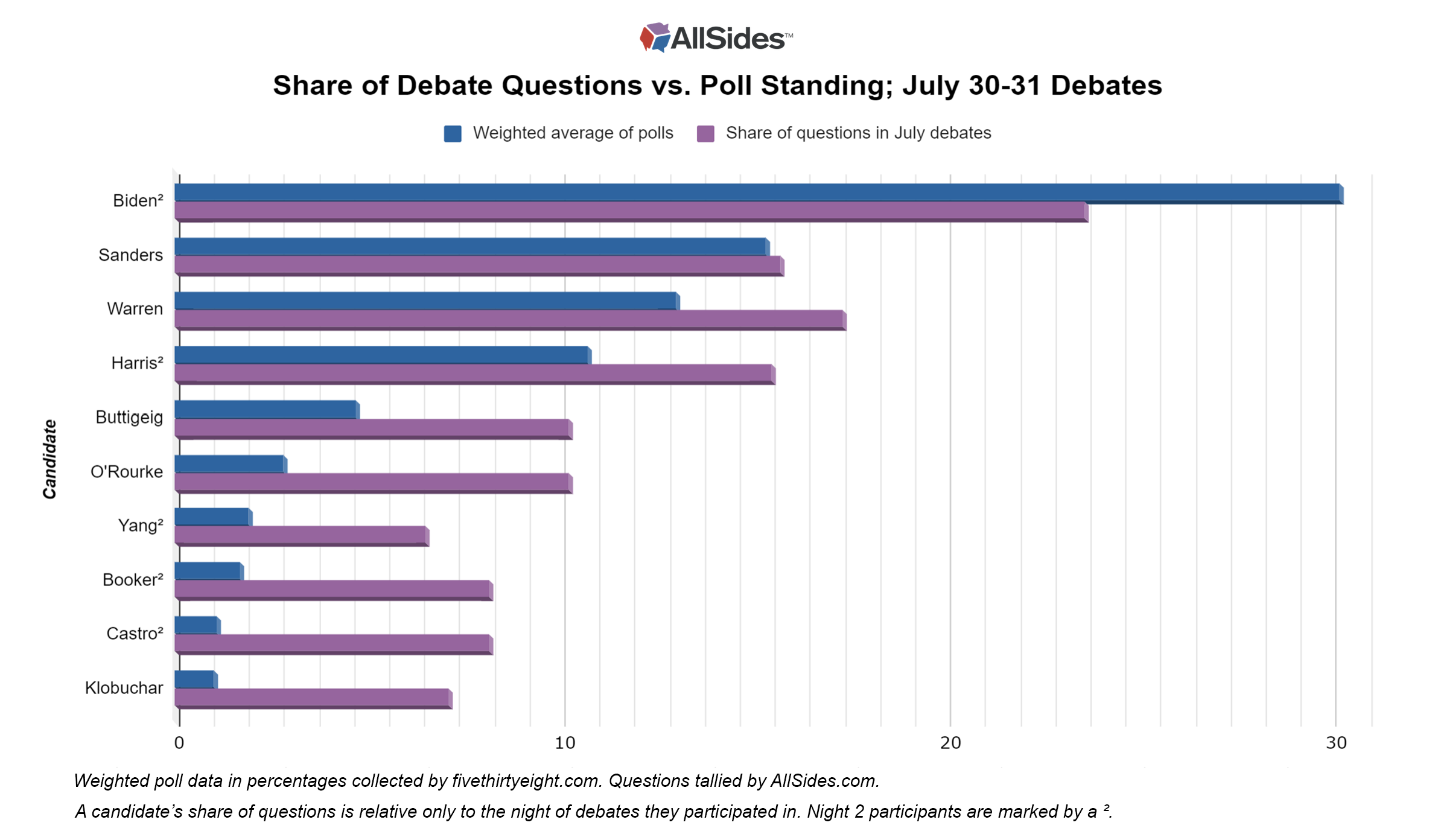 Night two was more on-par with polls, but roles were more defined. Former Vice President Joe Biden was the clear front runner, both in the overall polls and in share of questions (share of questions was nearly 24%, polling at 30%). Sen. Kamala Harris (CA) was both the second-highest polling candidate on night two and the second most-questioned, with roughly a 16% share of questions asked.

A possible victim of media bias was businessman Andrew Yang; he ranked seventh in the polls prior to the July debates, but took the second-lowest number of questions among the 20 candidates across both nights (author Marianne Williamson, who didn’t qualify for the third debate, took the fewest). Sen. Cory Booker (NJ) and former HUD Secretary Julian Castro both took more questions than Yang on night two despite having lower poll numbers.

Heading into Thursday, Yang is polling sixth among the candidates scheduled to participate, according to RealClearPolitics. Will he field more questions or remain under-questioned relative to the polls? It's unclear if moderators and producers consider poll standing when distributing questions, and whether or not poll numbers are a fair or relevant consideration to begin with remains up for debate. Should all candidates just receive an equal numbers of questions?

Even if moderators don't consider the polls when setting up the debates, the stage’s layout does. Candidates will appear on stage based on their current poll rankings, with higher-polling candidates toward the center. During Houston’s debate, a previously unseen dynamic will occur between Biden and Warren, who took the most questions on their respective nights in July, as they share a 2020 debate stage for the first time. Warren and Harris, who are currently polling second and fourth, will also face off for the first time.

The debate is scheduled to go live from 8-11 p.m. EDT and will be hosted by ABC News and Univision. Candidates will give opening statements, but not closing ones. Thursday’s official debate rules designate 75 seconds for responses to direct questions and 45 seconds for responses and rebuttals. Previous debates have had similar guidelines that were not strictly enforced.

AllSides will once again track the share of questions fielded by Thursday’s candidates in comparison to polling numbers.