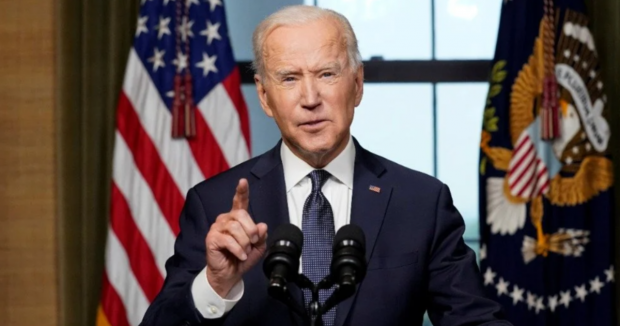 Reweaving the fabric of civil dialogue must be a national priority, and mediation is the way to do it right. “Too many Americans see our public life, not as an arena for mediation of our differences,” Joe Biden has observed, but “as an occasion for total, unrelenting, partisan warfare.” Mediation can be defined as the convening of people across differences in service of responsible problem-solving. In practice, a trained, neutral third party facilitates an exchange, enabling the opposing sides to communicate with more empathy about the past and the future.

To understand the relevance of this method of conflict resolution to our national crisis, let’s take stock of where we are. Space for thoughtful and respectful dialogue has been collapsing under the weight of partisanship—in Washington and beyond—and the evisceration of the center has accelerated during the last few years.

Yet to blame our national divisions primarily on past occupants of the White House would be to ignore a potent mix of underlying maladies. Let’s face it: the liberal coasts do not sufficiently engage in meaningful dialogue with the conservative heartland, and on both sides, previously marginalized fringe views now have an enormous voice through social media platforms. These divisions are further exacerbated through anonymity, inviting ignorance of nuance and irresponsible (often, inflammatory) communication.

Our national disruption has significant diplomatic implications. Allies continue to question our staying power in overseas engagements, and strategic competitors argue that our democratic system is collapsing under the weight of its own contradictions. We must reassure our allies and prove wrong the pernicious message from authoritarians in Moscow and Beijing. To do this, we have to demonstrate that America can harness its disagreements into national strength.

With constructive dialogue, democracy shines, serving as a magnet for immigrants such as myself—and with its absence, democracy’s dangerous stepbrother, slogan-driven demagoguery, lurks. Mediation is particularly timely today because it can offer physical spaces and stimulate mental habits for thoughtful and respectful—if spirited—disagreements. In doing so, this mode of conflict resolution offers the right set of processes that can help us heal our national disruption. These include:

Agreement about the disagreement: let’s be clear—mediation does not imply agreement; instead, it involves an acknowledgment of the other side’s views;

Neutral facilitation: pivotally positioned between the parties, mediators are honest brokers who know how and when to ask penetrating questions that enable the parties to escape the polarization trap—right/wrong; fair/unfair; etc.—enabling them to become conscious about the sources of their disagreements;

Curated conversation: mediators do not impose their views, but safeguard the process that structures the confidential conversation between the parties, giving them the opportunity to interact constructively;

Face-to-face interaction: with deft facilitation, directly meeting those with whom we disagree can encourage more responsibility in our communication;

Respectful acknowledgment: a mediator assists parties to listen to one another without interrupting—in other words, to start rebuilding an ability for dialogue as opposed to screaming past one another.

President Biden has promised to “build back better,” and no project is more important than the renegotiation of the American social contract. Just like Theodore Roosevelt is referred to as “the conservation president,” Biden should embrace the role of the mediation president. Temperamentally, he is well-fit for the role. “He’s that kind of guy,” Ronald Reagan’s Secretary of State George Shultz (who passed away recently at the age of 100) said of Biden. “You can have a big argument, but that doesn’t mean you can’t be friends.” Taking the National Park System as a model, Biden should create a National Dialogue Initiative, which will include federally-sponsored spaces for mediated dialogue. This should be complemented by a Dialogue Core, a national service initiative, training facilitators to deploy across the country to curate conversations on divisive issues.

Getting ordinary citizens to participate will be challenging given the existing polarization. Our divisions are deep, but they are not unbridgeable. Through mediation, we can relearn how to acknowledge and, then, understand—without agreeing—the views of our fellow citizens. This is hard work, but such is the work of a democratic society. “We must seek not to build walls, but bridges,” Joe Biden said last October. This is what mediation is fundamentally about, and it is what American society needs today.

Eugene B. Kogan is a negotiation strategist who enables senior executives globally to achieve outcomes in high-impact environments. He teaches about power dynamics and advanced negotiations at Harvard Division of Continuing Education’s Professional Development Programs and conducts research on crisis leadership at Harvard Business School.

He has served as the Research and Executive Director of Harvard’s American Secretaries of State Project, which aimed to crystallize negotiation and leadership lessons from 50 years of diplomacy by all living U.S. Secretaries of State since Henry Kissinger. He received the Howard Raiffa Award from the Program on Negotiation at Harvard Law School for his doctoral dissertation on nuclear negotiations, and has given guest lectures to business, public policy and military leaders at Harvard Kennedy School, Harvard Graduate School of Education, Brandeis, Sciences Po Paris School of International Affairs, Vienna’s Executive Academy and Salzburg Business School. He has a Center bias.