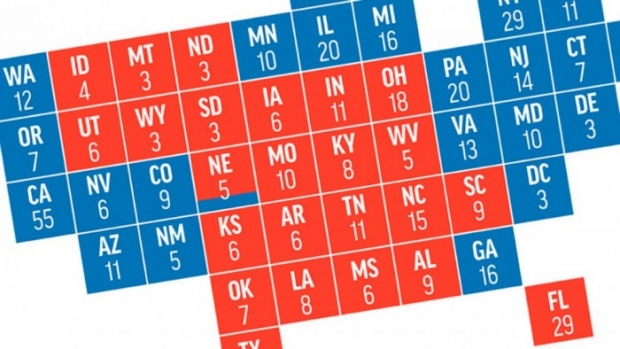 Members of the Electoral College cast their votes Monday to confirm President-elect Joe Biden as the winner of the 2020 presidential election. Biden received 306 electoral votes, over the 270 needed to win, and President Donald Trump received 232 electoral votes. Congress is expected to confirm the vote at a special session Jan. 6. Trump and his legal team have said legal challenges will go on until then, and supporters have mounted demonstrations such as the "Stop the Steal" protests in Washington, D.C. last weekend. Trump reportedly may still take legal action to dispute election results through "an alternate slate of electors in the contested states" to vote and send results to Congress. Senate Majority Leader Mitch McConnell and some other GOP lawmakers now recognize Biden as president-elect, following suit with Democrats; Trump and many other Republicans have yet to do so.

The confirmation and legal challenges were covered by media outlets across the political spectrum. Left- and center-rated outlets also focused on Biden's Cabinet appointments; some coverage from the left framed Trump's legal challenges as increasingly disillusioned in the context of the electoral votes. Some voices from the right speculated about how the Trump campaign might introduce new election challenges leading up to Biden's inauguration; other reports concentrated on the ongoing legal challenges and continued claims of widespread voter fraud.

On the Blog: Political polarization in the United States has been on the rise. What causes a vicious cycle of polarization, and how can we stop it?; and a photo by The Daily Mail distorted a violent brawl between Proud Boys and Antifa/Black Lives Matter demonstrators. Was it an intentional case of media bias?

More from AllSides: Read our news team's new standards for covering transgender issues and illegal immigration, and our decision to refer to Biden as president-elect following the Electoral College vote; Balanced news comes to your mobile device: The AllSides mobile app is now available — download it today for iOS and Android; and you can support our work and mission by becoming a sustaining member of AllSides. Sustaining memberships allow you to read AllSides ad-free.

"The vote came three days after the U.S. Supreme Court rejected a long-shot lawsuit led by Texas asking the justices to invalidate election decisions in several key states in hopes of overturning Biden's win. More than 100 House Republicans – nearly two-thirds of the GOP conference – publicly supported the lawsuit, though no Republican senators signed on to an amicus brief supporting it."

"The Electoral College win almost certainly ends the Trump campaign's dwindling hopes of overturning the election results. Trump said in November that he would leave office if the Electoral College voted for Biden, but noted that electors doing so would be a "mistake.""

"Republicans worry that a prolonged fight over the electoral ballots could aggravate GOP divisions and hurt turnout in the Jan. 5 runoff election in Georgia, where two incumbent Republican senators, David Perdue and Kelly Loeffler, face Democratic challengers Jon Ossoff and Raphael Warnock in a state that flipped in November for Biden."

The Electoral College is flawed -- so are the alternatives

"Even this year, with Joe Biden garnering some 7 million more votes than Trump (and 306 electoral votes), the margins in a number of battlegrounds were extremely close and the result was unclear for days, delaying the nation’s ability to call a clear winner. Critics say that with the focus on battlegrounds while two-thirds of states are overlooked in campaigning, the system is fundamentally flawed, an assertion with which a majority of Americans agree (61%), according to the most recent Gallup poll."

"With the Supreme Court tossing Texas’s case against Pennsylvania, Georgia, Wisconsin, and Michigan — a case Trump once referred to as “the big one — his GOP allies are continuing to extend the fight, casting an alternate slate of electoral votes — creating “dueling slates of electors” — in the event of a viable challenge in Congress — which is needed for such a challenge."